I was in nearby Menlo Park yesterday, trying to replace Todd Sickafoose’s worn Size 10 1/2 sic Saucony Jazz lime shows and I wondered into Feldman’s for the first time since it relocated. A young man was playing on the house piano; he said his name was “Tai” or “Tay” and I said I knew a man named “Thai” who was born in Vietnam.

I saw Thai today at Peet’s near Cubberley and he drew a portrait of me plus let me flip thru his current sketch book, which is a 1909 edition of Eliot Middlemarch (I’ve never read).

One of the books I bought at Feldman was a National Geographic 2003 by Mickey Hart and Kostyal Song Catchers In Search of World Music. Among other delights, it has a picture of Woody Guthrie “Struggle” on Folkways that has a drawing by David Stone Martin, sometimes David Livingstone Martin.

Steps in Stone revisited is referencing a post I wrote about David Middlebrook who has an art piece in front of a hotel with hieroglyphics. Middlebrook, who I sometimes mistake as Middleon. And I guess I should if not read “Middlemarch” at least look it up on my literary cheat sheet reference book. I got the part about George Eliot actually being a sister. 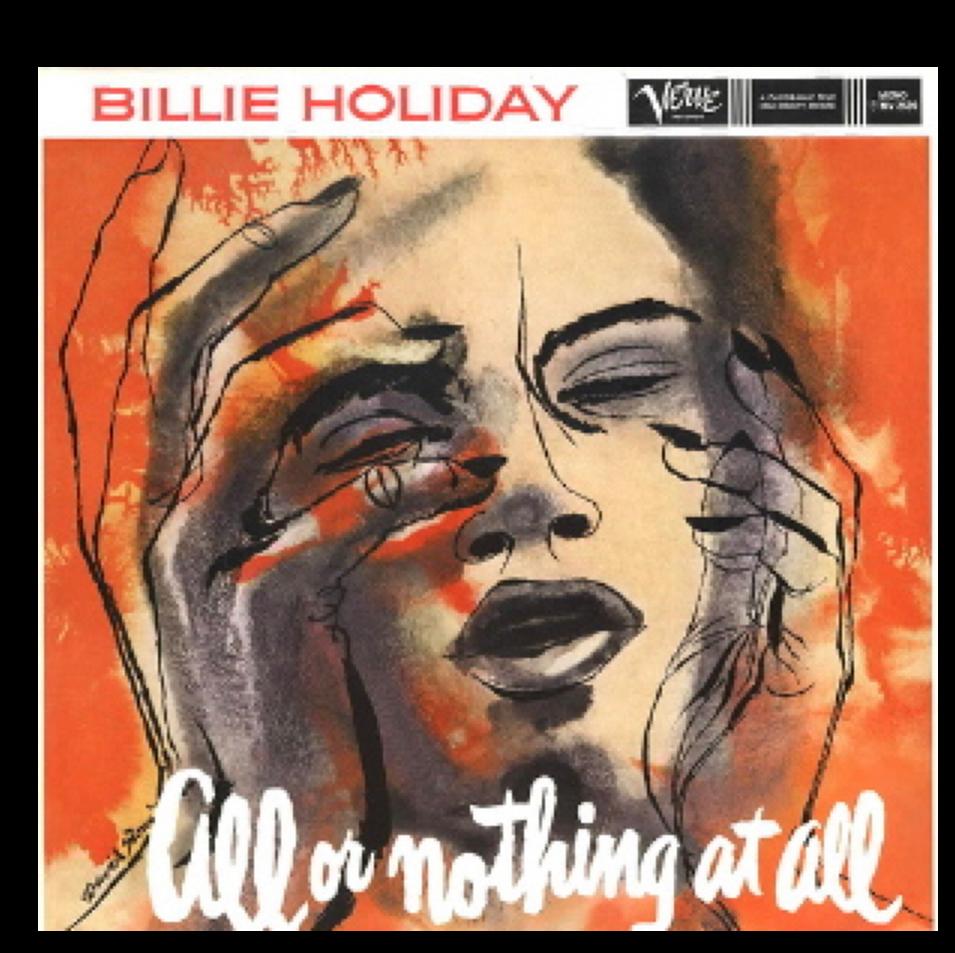 The David Stone Martin etching is good enough that he signed the work: 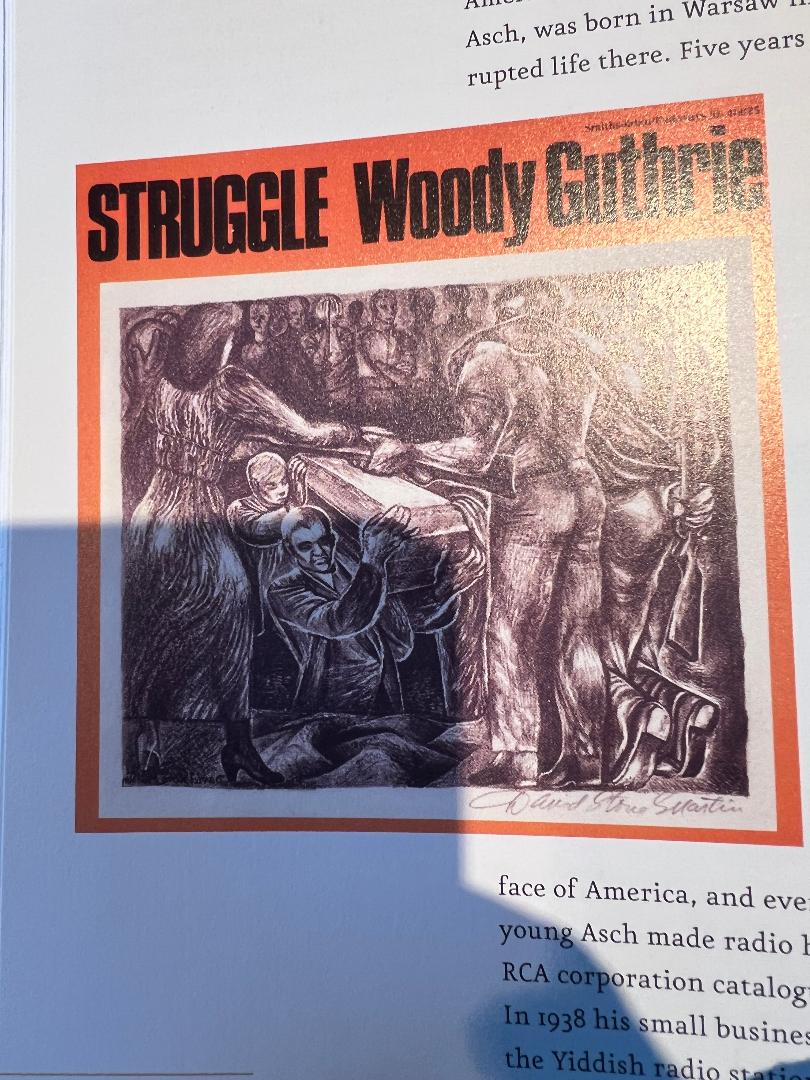 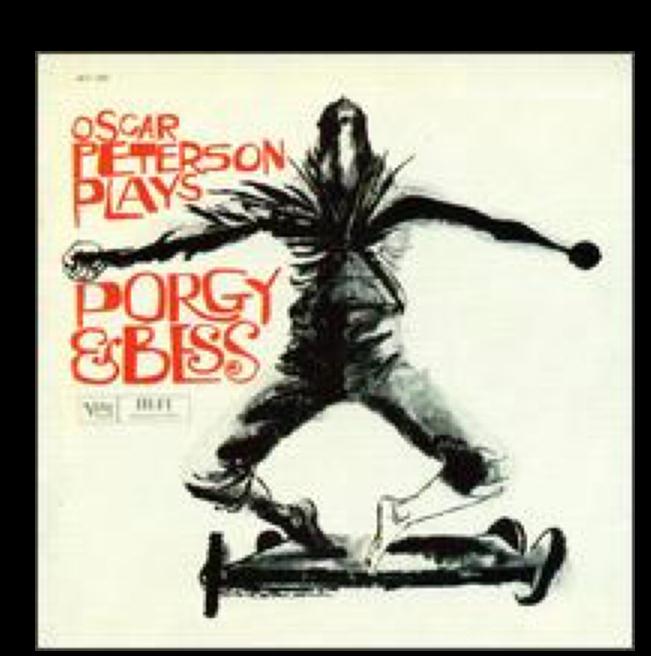 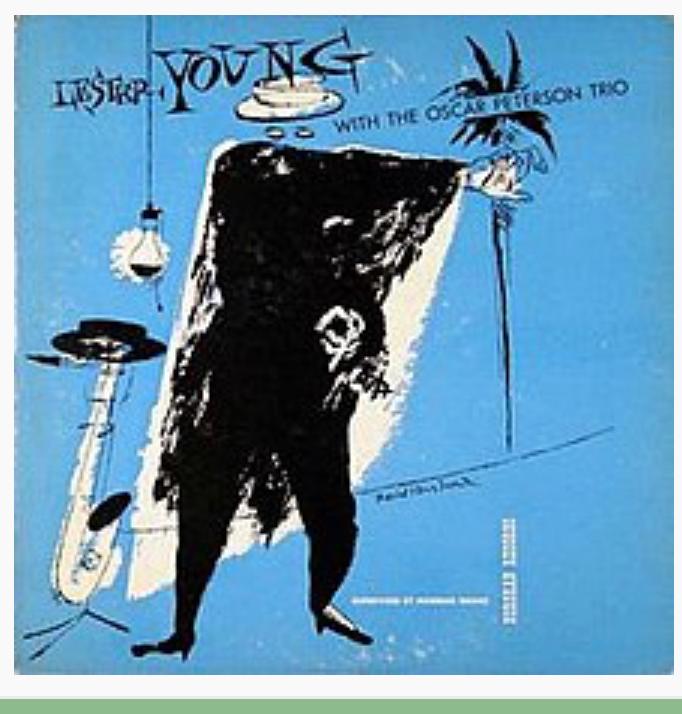 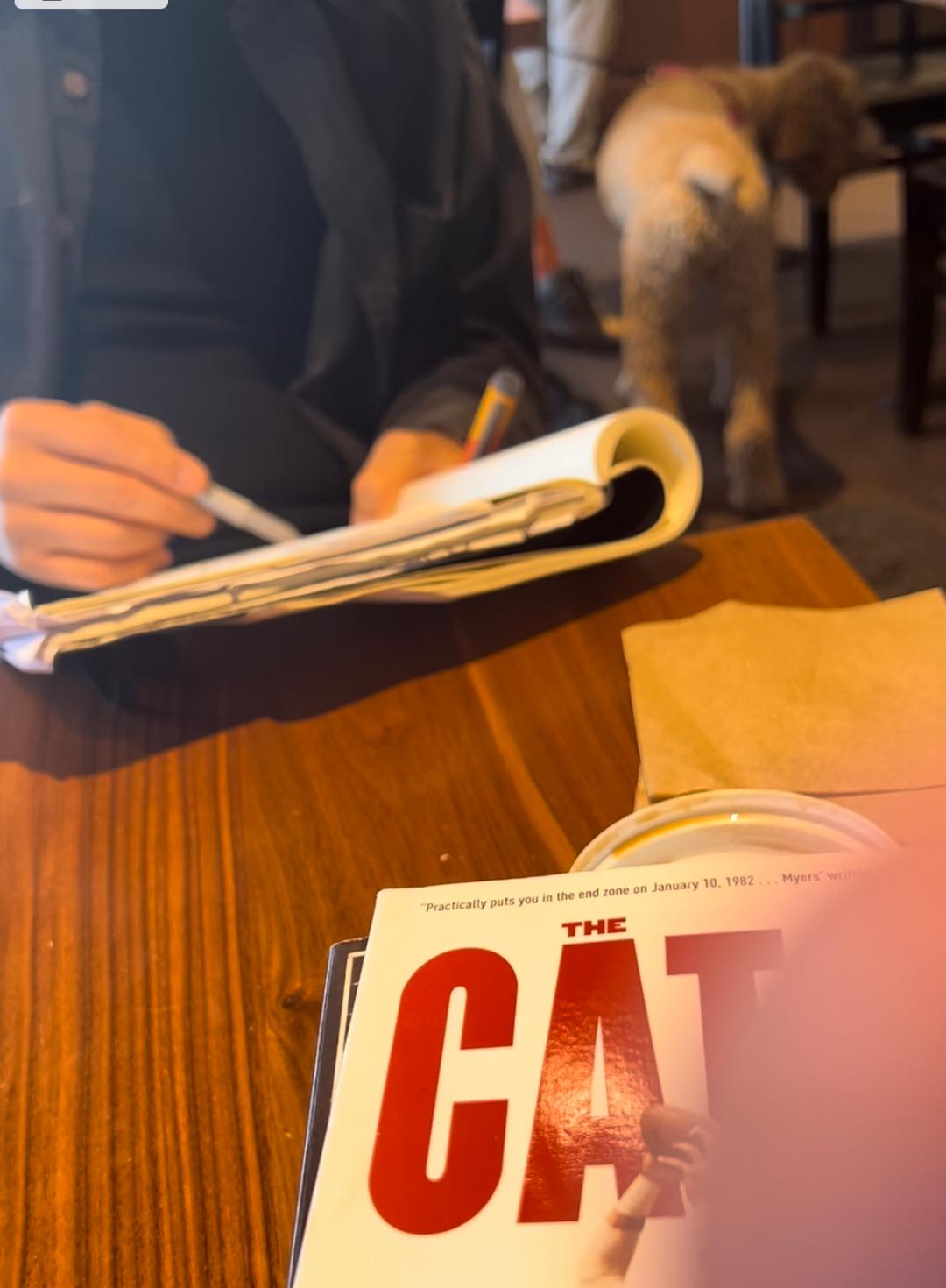 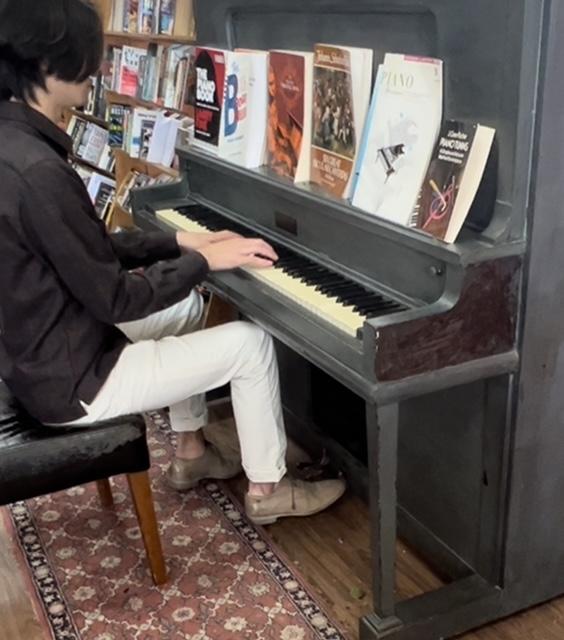 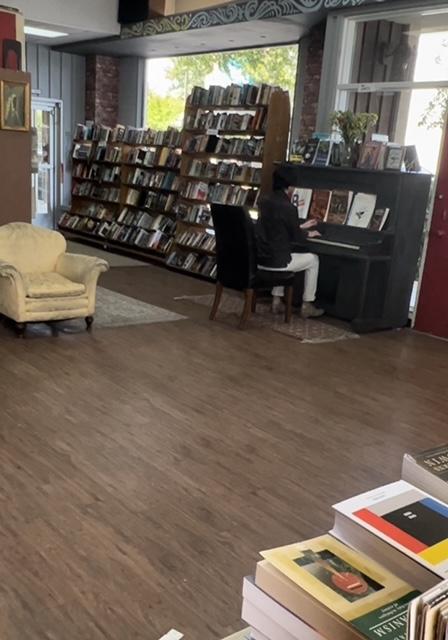 When I walked in at first I thought the music was too loud then realized it was live, which makes it okeh

interlude: they are playing Remi Wolf at the Peet’s near piazza in palo alto : lit in line at the photo ID DMV — her old neighborhood; I saw Mollie Tuttle her neighbor at ADA’s the day after her Menlo Park show. This is the remix with the rapper dude not sure what he is saying. 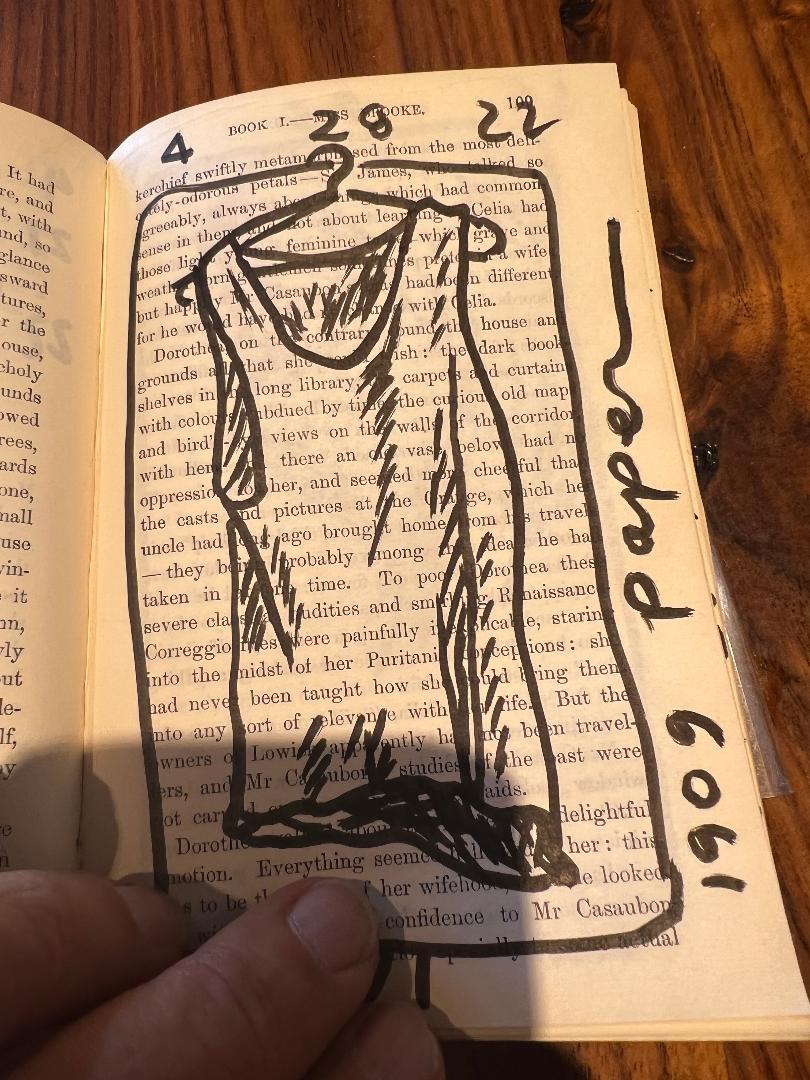 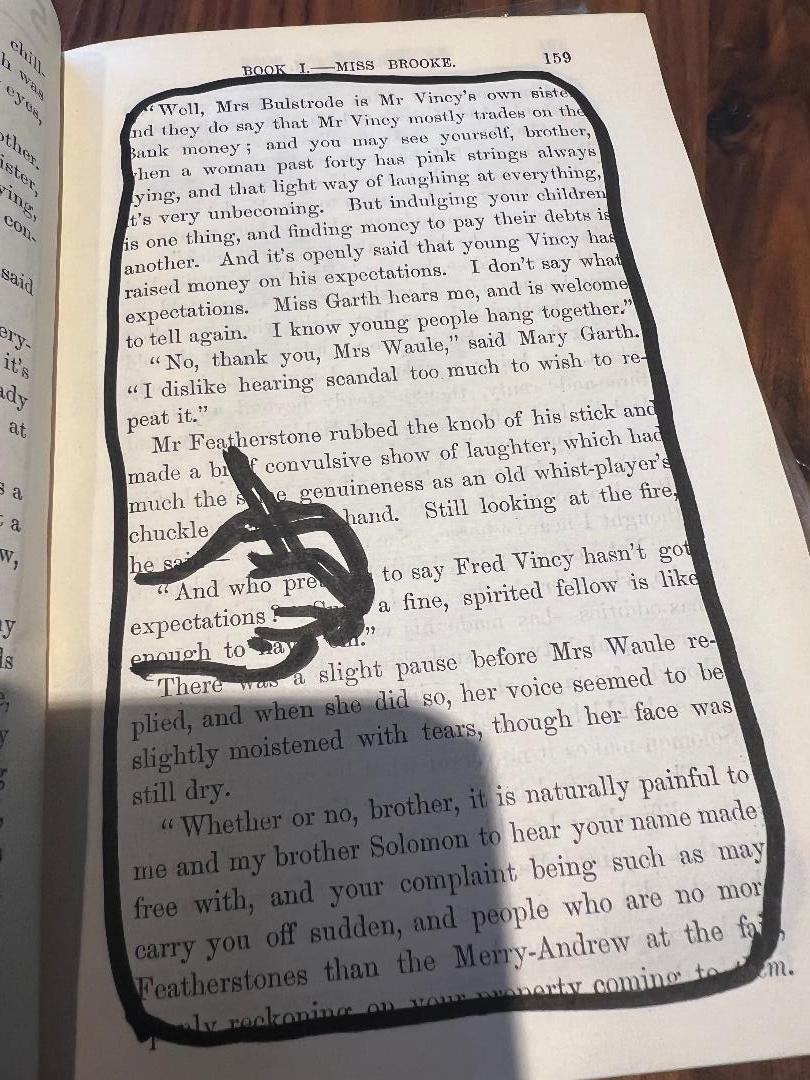 I like the self reference of drawing a hand, which could either in turn be writing the book or defacing it, embellishing it, illuminating it, lit in lines

Note: When Remi Wolf “Photo ID” came on, I changed the title of the essay from “Steps in Stone” to “Lit in Lines”. 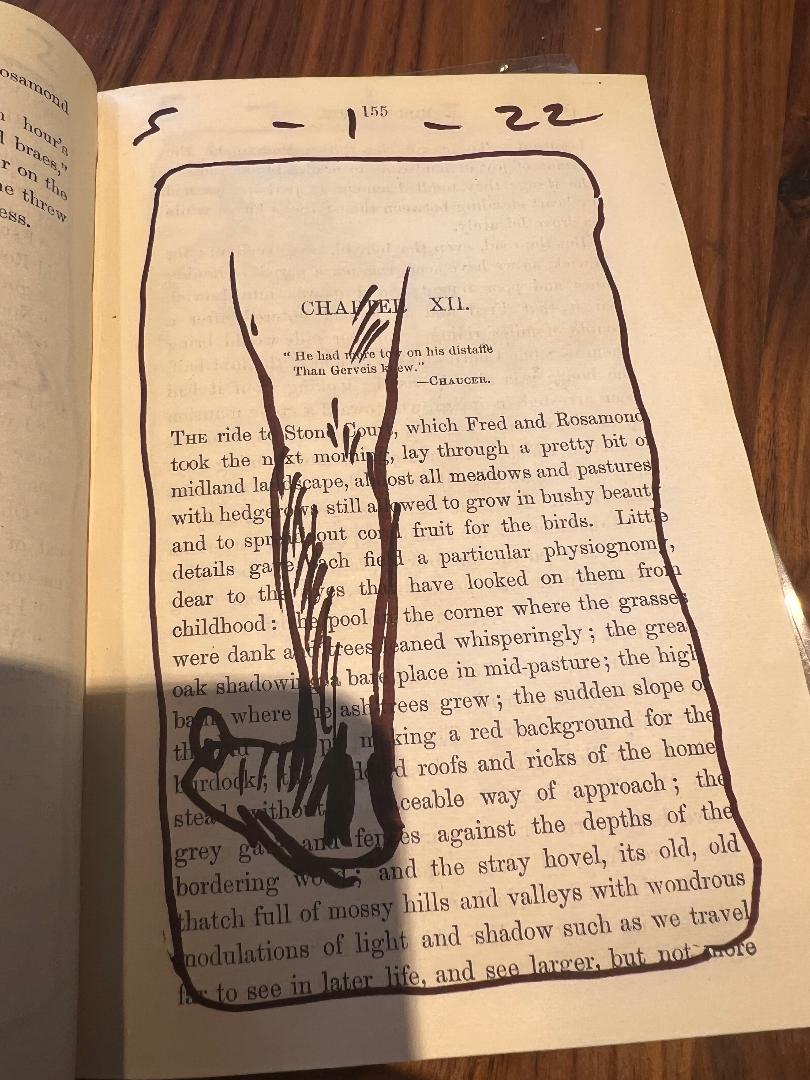 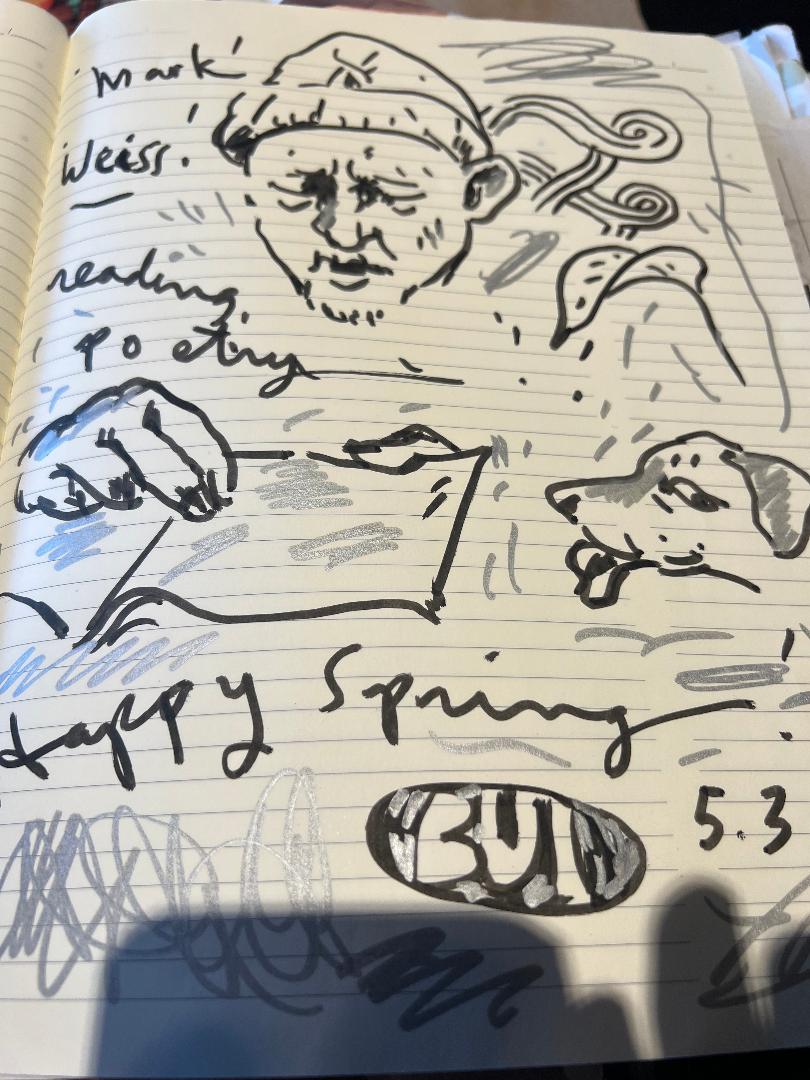 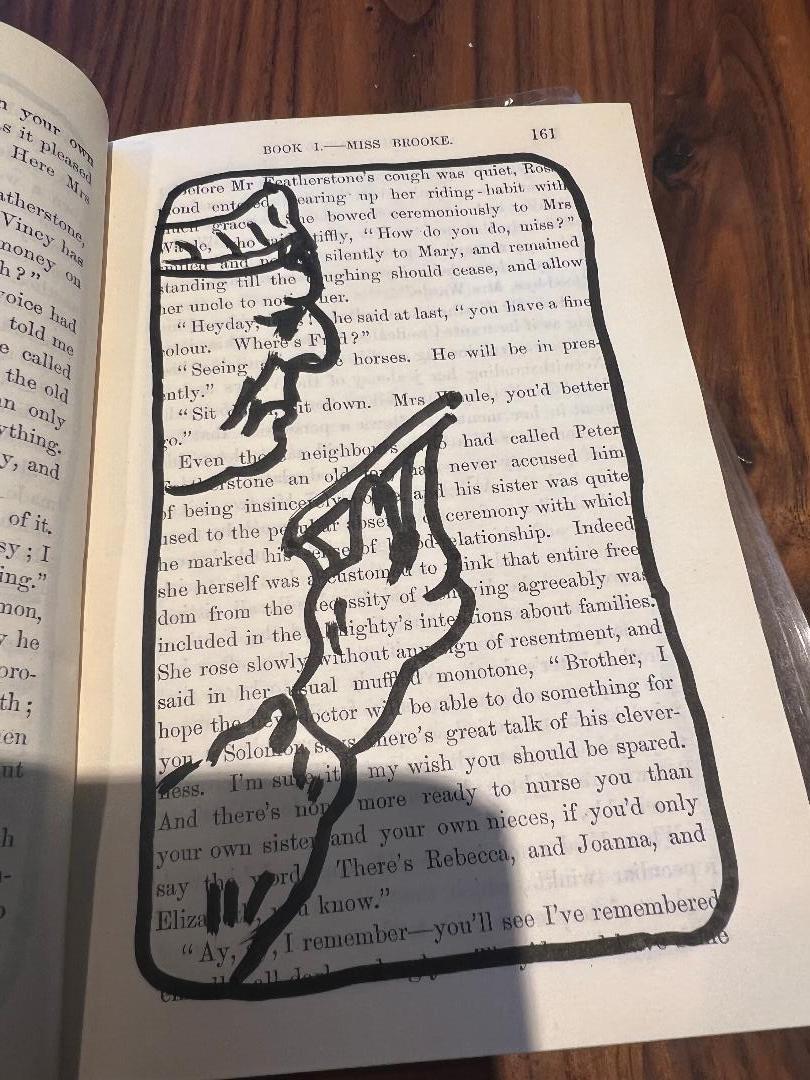 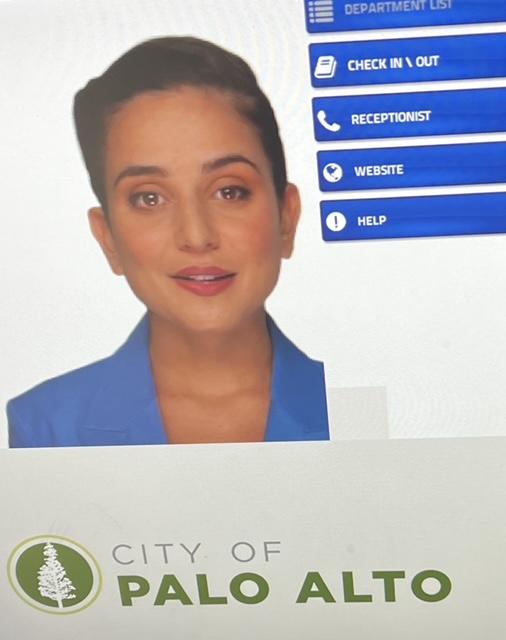 At 250 Hamilton in Palo Alto there used to be a woman named Phyllis Davis who would greet you and help you get sorted. Now there is this AI generated avatar. 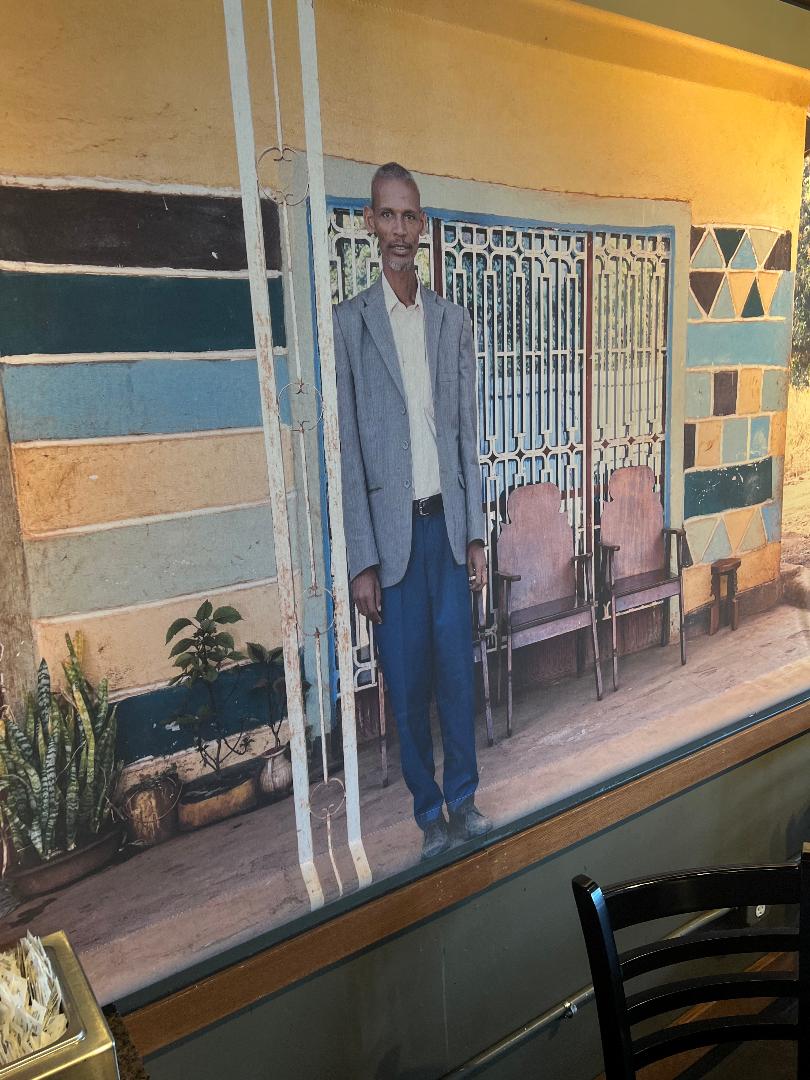 I have a Rwandan friend I met at the BART station in Oakland on the way to the No Name show, and I recall sending her a picture of the decorations at Peet’s of a woman in Eastern Province Rwanda; here is Nasir Eba, from Ethiopia; subtle preview of my big show with Meklit Hadero, May 13 at The Mitch

ANDand: The Chaucer line visible in the Thai Bui sketch of a female leg is from “Miller’s Tale” — not sure I’ve read – and says he has more tow on his distaff than Gerveis knew which is referencing more flax on his spinning wheel, is deeper, or more complex, but also signifies femininity in that the spinning wheel was women’s work. I hope to say that Plastic Alto has more tow on its distaff than Gervaise guessed. Whoever the fuck Gervis is or was. Gervis not Gerber, baby.

Portrait of his friend Todd Sickafoose (and Scott Amendola) at The Mitch by Nels Armstrong — I’d like to know what he used to shoot the picture, is it a SRL camera or just his smartphone with an effect? 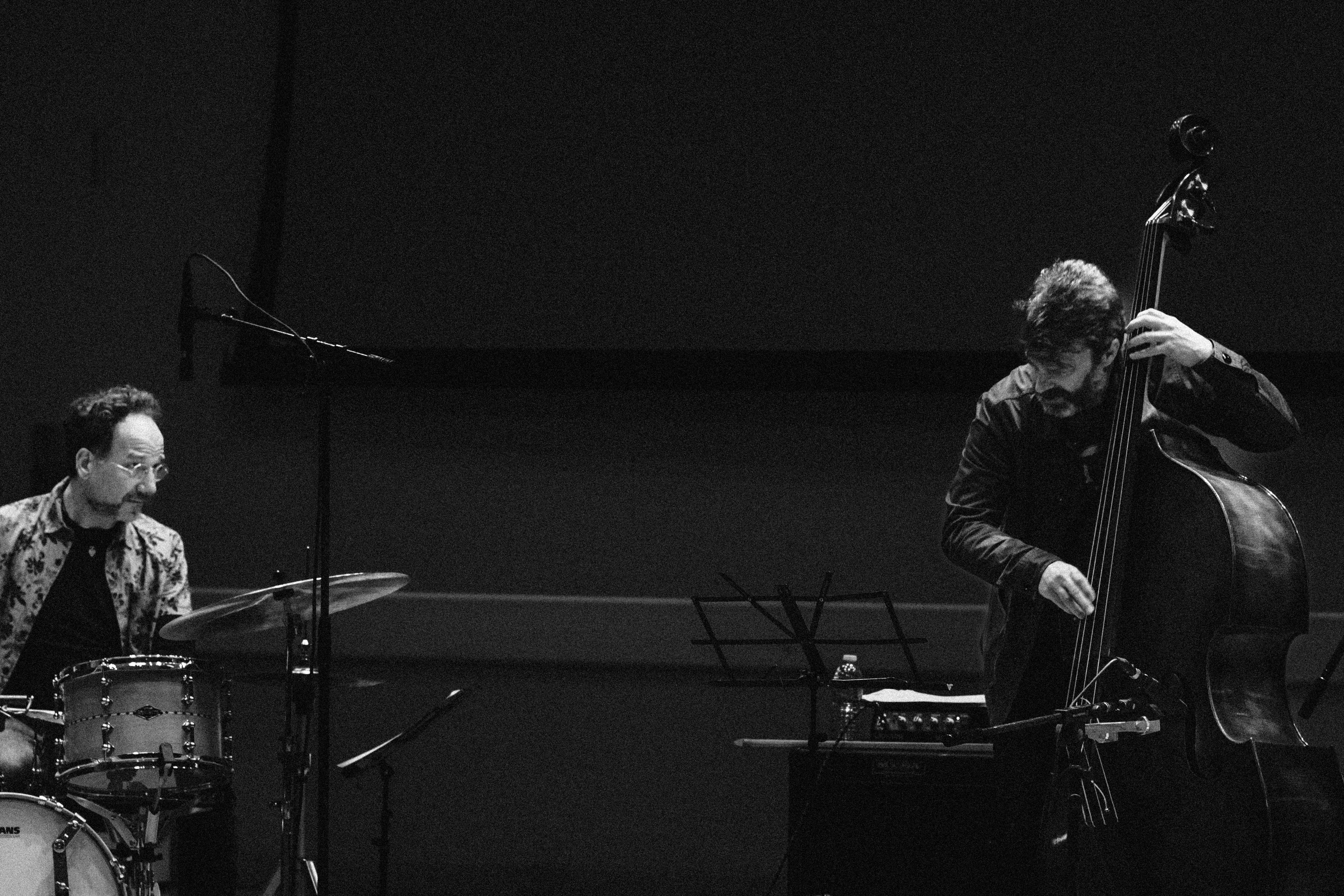