Or: Ableton V Earthwise at The Cub, The Mitch, Pollstar 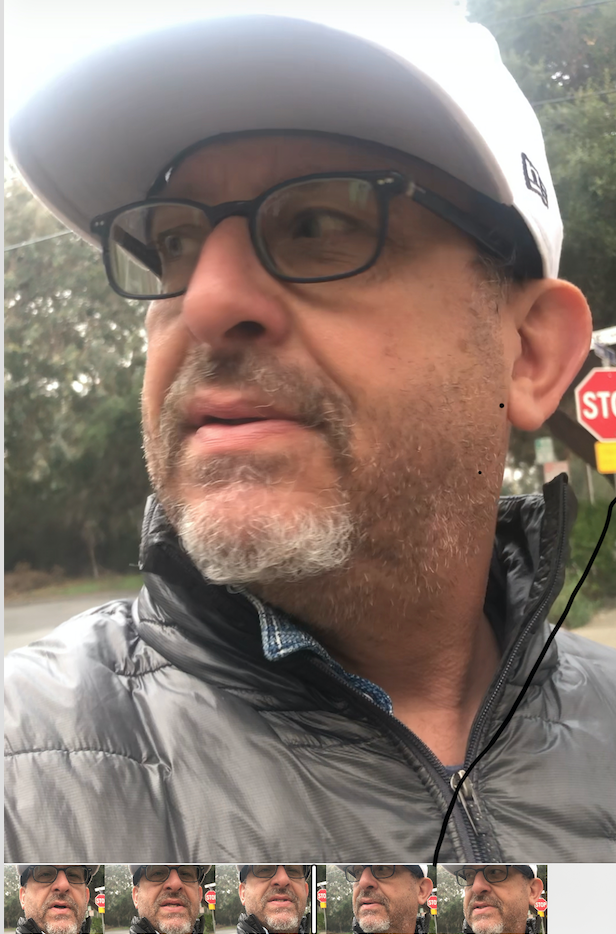 This is me, Mark Weiss, of Earthwise and Plastic Alto, at Bryant and Poe, about 10 hours ago

In brief, although I am actually wearing briefs, (Calvin Klein snuggies), grey or gray Billabong sweats, K-swiss sneaks, dri fit not my normal South African socks, a Giants t-shirt, a Patagonia grunge outer layer and a knit cap might also be Patagonia has a circle with six crossbars: I read an article about Ableton in Billboard and it says that it is like the new Auto-Tune which was the new Pro Tools, and that 25 million people, on a planet with 8 billion people, are posting music to the internet; whereas I am trying to put on 22 shows this year and 36 next; I’ve done about 500 shows and 1,000 acts in 27 years. When I started I was saying that in contrast to the Top 40 — or Billboard Hot 100 – that there were maybe 10,000 touring acts to choose from, if you are focusing on club-sized shows, although I was a non-nightclub-listening-room. Shoreline was 15,000 and flavor of the month — how many Shoreline shows from their schedule in 1995-2000 are still in the game? I also had a thing I called Quantum Decoherence of Shows, based on something I read in NYT that basically was translated as: if you show up at Cubberley or the Mitch nowadays on a given night, what are the odds there is music there? if you follow any particular band or act or attraction, what are the odds that that act will be at The Cub or The Mitch the day you pop in? Certainly if you do as I did in 1999, or if I do in 2022 as I did in 1999, if you publish a poster — more than on a blog which is deep fake-able — that lists five shows and 11 acts that it seems more like a pattern, if not a quantum decoherence which I guess is somewhere between white noise and the new Ethan Iverson jam.

I’ve done about five Scott Amendola shows this year since summer although it is true that he did not show up at the very first one. He is in the next two shows, or two out of three.

Anyhow I am sitting at Coupa the next two hours before my workout starts at 11:30 and I plan to flesh out this idea.

Somewhere in there, the timeline of Earthwise Productinons, 1994 thru 2021 and now 2022 onsales or onsale singular, I also used as a metric Myspace which had 2 million acts, most of which had no draw. Very Schodinger cats: how do we know if Myspace still exists? So now between everybody having handheld computers and auto-tune or TikTok there is a lot more people who think they are musicians but I am mostly in the live business so that does not really help me. And I have my Pollstar directory with me and my next task is to literally count the acts. Although I will actually, clever sagacious cat that I am, I will merely count one column of acts and multiply by the number of columns on a page and then the number of pages of acts. But I also preliminarily — BLUF — and nobody says Bottom Line Up Front but Michael McFaul and he’s not off topic here because he and I once went to the Grateful Dead together at the Greek and we ate Turkey. Get it? Wink Wink Nudge nudge S400 whatever the fuck that means. Lost in the Outzen again.

What I actually am carrying (and I dont know why quotiadian is an internet trope it just is, justice):

Later that day: I am editing this. I may have already said this but I told Charlie Hunter I had sat next to his one-time Pound For Pound band-mate Stefon Harris at a Broadway show, but when I rang Stefon’s agent – -partly in response to a false listing of a 2020 show at SFJAZZ that I ended up hearing about a possible Connie Han show. Not Connie Han, solo, but full wookie.

And1: I was carrying all day a MoJo magazine from way back in November,2021, issue #336 and it has a Beatles compilation that has among 14 other tracks Joshua Redman who I think of by his Berkely and Yale name Joshua Shedroff doing “Let it Be” we presume unreleased or on request or commission and also instrumental although I was impressed by Charlie Hunter singing at Kuumbwa and The Mitch (and The Venice West) and I’ll toot my own horn that a woman came up to Tim Harris and I and lauded our dancing.

Andand: cue a guy in a mask and a Harvard jacket — crimson natch walking by me to check his head here at Coupa and I realize my minor errata in that Josh turned down Yale Law for Warner Brothers and went, like Jeremy Lin, to Harvard.