My platform for 2020, although I’m definitely not running 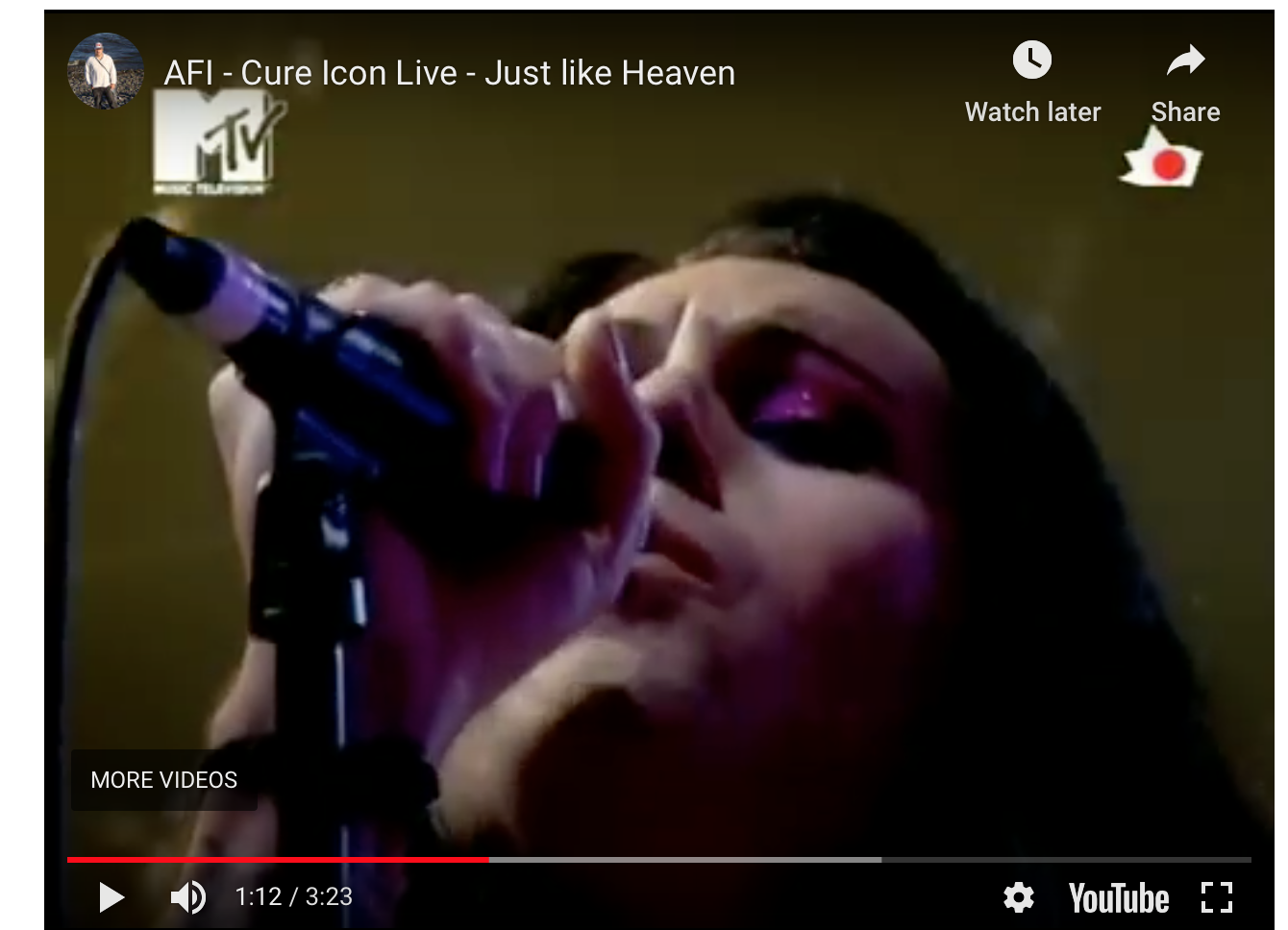 Davey Havock of AFI, who once played at Cubberley, does not imply and endorsement but I’m asking for it, a fire inside.

So to tie together a couple loose threads on the internet here at PAW, we have 35 acres at Cubberley, 39 acres special zone and Casti, which someone, apples to oranges, defines as a CUP on 51 R-1 single house tracts — I think these three discussions will define us as a community and be the gist of the election locally in the fall. A couple years ago, there was Maybell and Buena Vista concurrently but not treated equally or not thought of simultaneously – -and pretty mediocre outcomes in both cases.
It is a challenge for us to self-govern in Palo Alto; the special interests — which I define loosely as Downtown Interests Vs The Residents — have had a rout going on for at least since 2009 when I started to tune it seriously. Leadership should be reflective of and responsive to We The People. How many of us feel that is the case?

There is no way that 15,000 voters and 50,000 citizens and 10,000 homeowners call all get what we want all the time. And I often feel that our differences are an asset; they are unique to us, our problems; or as The Guy Who Wrote Jonathan Livingston Seagull wrote: inside of every problem is a gift.
I want to see more park lands, a major park, in South Palo Alto. I guess I’m a NIMBY on housing, but if we do have housing, don’t do gimmicky schemes (like at the Maybell that was referendum-dummed, or refendunned) and maybe there should be subsidies for teachers, civil service, public safety or artists.
By the way, I think PAUSD gives a sweetheart deal to the tenant at my old school, the Fremont Hills campus we own — its a private school. Maybe that should be housing!!! BMR in LAH! Who’s with me?

I had a theory that Palo Alto always under-utilized Cubberley in terms of not really programming it , just keeping the light bulbs current — no pun intended, the floors mopped. And that that was a dog whistle to the developers that they will someday get to send in their bulldozers and then build baby build.
By the way, who builds a school then 25 years later asks for a Mulligan and shuts the school? And then basically lets it flop around like a flounder for 40 years. Who builds and closes, who shutters and stutters? We do, both counts. Maybe the mascot for the School and the city should be the Push Me Pull You or The Flounder (and our Sister City had a radish as a mascot — I wrote somewhere that Ed Shikada’s first job in the area was as the hockey mascot, or that we hired him to find us a good mascot).

What about moving Casti to Cub and having PAUSD teachers live there too, building some homes at Bryant and Embarcadero, to fund shuttles and other precariot services, and making it up the difference to actual and current Palo Altans at Fry’s, with an arts center and some parks and just a smidgen of housing. Or maybe housing above a PAC performing arts center at Ventura, and use the old school campus of Ventura School as a lure, or lagniappe.
But lets plan this all ourselves super-slowly – I’m serious — and not hire a bunch of out of town consultants. And don’t throw “scoping parties” with high end cheese.

We could change the name of Cubberley to Green, Bill Green and then change the old Jordan to Baez, Joan Baez.
Or if Jeremy Lin can raise $10M I’d say call the Cub, The Lin. Years from now they will think the Cougar was a Lion, The Lin Lions. I’d make the park in Ventura Yamamoto, the war hero.
Problems solved.
Your welcome. and1: I’m helping Mac’s replace the lost tobacco and vape revenue by offering to produce a pop up art gallery in what is now their porn closet, behind the beads, working title Go Ask Matt; I’m covering the political debate in my blog, with a pro-Koury bias. But overall I think Cubberley, Ventura and Castilleja are the 3 hot topics.