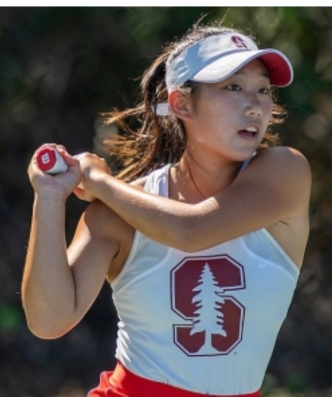 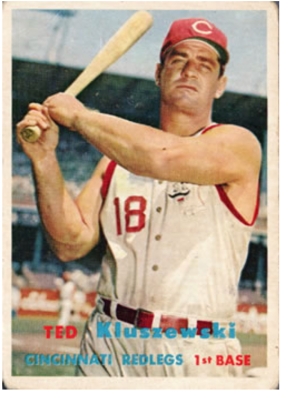 I was working on something else –looking for some photo from last year’s 2019 San Francisco Rock and Roll Half Marathon, and I did a double take and asked myself: is that Ted Kluszewski? Ted was a powerful first baseman and home run hitter for the Reds who would accentuate his intimidating bulk by cutting the sleeves off his otherwise uniform jersey. (I think he appears elsewhere here in Plasty…)

Sara Choy is a Stanford tennis player who was my neighbor when she was in high school and junior high, at Oak Creek Apartments. I tried to talk her into attending Gunn after Terman but she transferred to Sacred Heart – -where her coach ironically was Gunn grad Jeff Arons. Anyhow, the PAW had an item this week that said she is playing fourth singles for The Cardinal and had the winning point / match in a competition – and I freeze framed or captured that photo.

Stephanie Savides said once that Choy would peak early because she was only 5 feet tall.

I like to say that there were 25 individuals, pairs or teams that were CCS champs or finalists for Gunn, although none since Rebecca Dirksen who later starred for Dartmouth. Emily Zhou was a top ranked junior and Dartmouth’s 4th recruit for class of 2024 although she did not play for Gunn, merely attended there.