Please join us on Sunday, December 29 for American legend and blues master Charlie Musselwhite and his band at Palo Alto’s Jewish Community Center, a concert presented by Earthwise.

The JCC performing art center presents diverse programming of its own — though nothing as funky and earthshaking in its 10-year history as Charlie Musselwhite — in this case performing with Valerie Troutt featuring Howard Wiley and special guest MC Lars.

Personally I saw Black Violin at The JCC and was impressed — that’s an act of obviously hip and ethnic looking musicians playing classsical instruments with technical stylings and also keeping it real or street. I paid $50 per ticket which seemed high; I think the families with kids paid less or were comped in. {Actually, I just looked it up and Black Violin presented by the JCC was $80 EIGHTY DOLLARS and $60 for kids so there was some serious papering going on — and for that price you can take your whole family to see Charlie Musselwhite and two other acts, by Earthwise merely renting from the JCC though my parents were founders and funders, I’m just saying…) 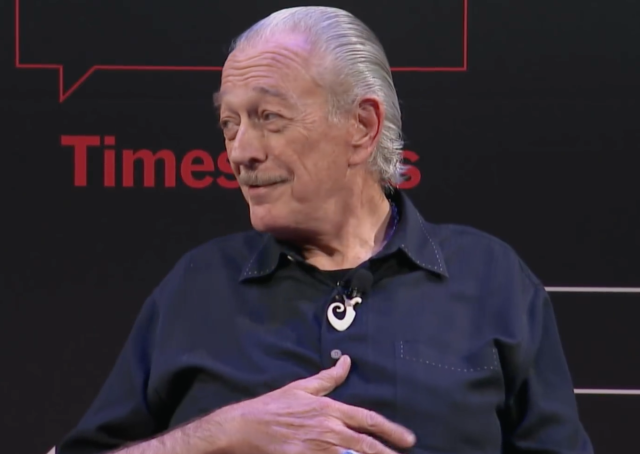 Here is a link to Charlie talking to New York Times

Other JCC shows I’ve been to were Amy Tan, the author and the City of Palo Alto State of The City Address and Sedge Thompson West Coast Live featuring the late great (and I think Jewish) Kathi Goldmark — I remember getting autographs on the program. Also, I went to a second stage event with author Sylvia Bronwrigg (Juliet Bell), who was married to Sedge and also went to my high school and elementary school but not Terman, which was renamed for a Jew named Mrs Fletcher.

I’m pushing the Chanukah or Hanukkah theme more than I intended here, to the exclusion — so to speak — of Charlie’s prowess and amazing career.

My understanding is that Charlie was from the South, Mississippi and Memphis, TN and noticed that friends of his had left home for Chicago and then returning with nice cars, from having good jobs, urban jobs. So he followed suit, so to speak, and years later was wearing a nice suit, and dark glasses and jamming on the South Side — where coincidentally I was born around that time but had not yet found the blues — with black musicians.

So, to some people’s reckoning, when Dan Ackroyd and his friend John Belushi started a comedy musical act with a backstory to some extent the Blues Brothers were based on Charlie Musselwhite — I have been following Charlie since 2002 or so when I managed the blues pianist Henry Butler and they did a tour together but did not think of the Blues Brothers, who after all play soul more than the blues. 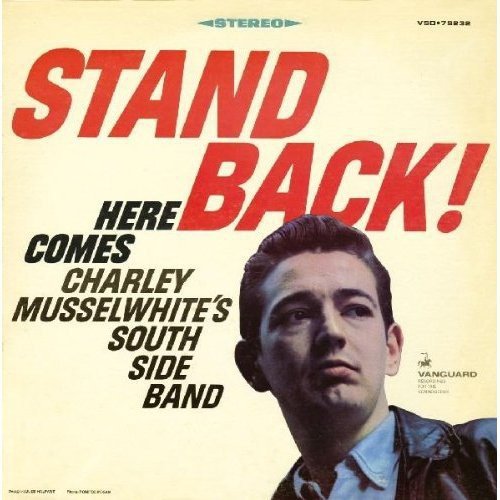 Also, and here I go again, if you search “Charlie” and “Palo Alto” you get a flyer from a show he did right across the street, San Antonio and Charleston is the site of the new JCC, at a place called The Big Beat. And if you check “Charlie Musselwhite” and “Jewish” beside a couple references to our Charlie show you get an interview with Musselwhite about his visit to Israel, on tour. Filling in for Lee Oskar, who is to Israelis what Jerry Lewis was to France. (which made me think about the horrible movie Jerry Lewis as a clown in a concentration camp – if I want to digress about Nazi’s besides Comedian Harmonists and a movie about The Jazz Guys — the Nazi’s thought jazz was degenerate — recently I saw Jojo Rabbit which is interesting and imagines a boy whose mother is murdered for her resistance and he has Helter as an imaginary friend and also the biopic about Gerhard Richter, whose sister was killed for being mentally ill).
Charlie Musselwhite did some recent work with Cyndi Lauper, Ben harper and Blind Boys of Alabama, which helps his crossever appeal.

If you do not go — Sunday — for Charlie Musselwhite, who do you go for? Valerie Troutt is an amazing artist based in Oakland and Richmond who I met backstage at a Ruthie Foster show at Stanford Jazz Workshop.

MC Lars is from Stanford but I reached out to him because he is from Pacific Grove, CA near Monterrey and they eat shellfish which is not kosher but he had the good taste and fortune to meet Matt Sever, pka Matt the Electrician, who played Cubberley in another recent Earthwise show. Matt mentined Lars from the stage and I cheekily emailed Lars about such and then read aloud onstage Lars’ return greeting to Matt and then decided to add him to the show, as a walkup, meaning not sure when his set is or how long it is, and it will be fractured and he will wander and wonder which reminds me of the line after The Day After when Seymour Hersh said “The Whole World is Now Jewish”. Chaim Potok? I.B. Singer? Noam Chomsky, certainly not. Italo Calvino — actually Lisa Mezzacappa not a Jew has an Italo Calvino show set for the Mitch next April. Weirdly, I cannot think of the guy, the Holocaust writer guy. Not Amoz Oz.

Earthwise is at not the Mitch but The J partly because my parents Paul and Barbara Weiss z l were active in the Jewish Community and mostly because COPA shuts down between the 25th and the 31st and Charlie Musselwhite was available the 29th and I could not spin that Dreydl and get nun.

So celebrate the 7th day of Hanukkah or just being alive with us at Earthwise Welcomes Charlie Musselwhite Sunday, December 29 lord willing and the creek don’t rise. Only $25, retail. Online at EventBrite, see the link in first line, or at door.