photo of moss by melena

Reporting live from Palo Alto Planning and Transportation meeting, a public hearing, sage and activist Bob Moss says, re “build to the line” proposal that the catch-word “Grand Boulevard” is “garbage”.

If I get the chance I will get Bob Moss to pose for a photo.

I am sitting next to Gennady Sheyner of the Weekly; I will scoop him on this in that I am publishing at 6:30 while he likely will not post (a longer more in-depth coverage, I admit) until about 10.

So I am scooping the Weekly again, by about four hours.

edit to add: at 6:40 I showed my post to Gennady and stopped working long enough to say “Cool”. But like the dynasty in 1226, as Mongol troops approached Wuwei, he does not realize this  is the beginning of the end for Palo Alto Weekly and old school media. This type of computer-aided-populist-concert-promoter-wanna-be-Howard-Gossage-Award-winner-running-for-office-with-blog-as-machine.

Also, please note I wrote this in the 3 minutes Moss used. And amended during the attorney for 14 property owners additional time two minute. Pierce I think. Hanley spoke for her Dinah’s Shack, she says she owns.

Another picture of Moss: 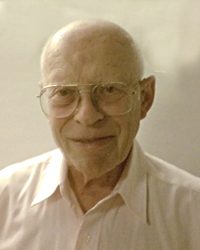 edit to add, two hours later: speaking of Garbage, PATC wants to forward the idea of using a particular tech platform, the one Obama used in 2009, to forward and streamline our little ol’ demotechy.

edit, next day: ok, this is not a scoop in that GS did not focus, as I did, in my 3 minute drill, on what Bob Moss says. I did add to his:

I lump this in with the unnecessary and possibly illegal noise ordinance at Lytton Plaza in that it looks like someone powerful led staff to lead commission towards messing with what is probably best left alone. It’s very hard to believe anything at face value coming out of 250 Hamilton. It will be interesting how we officially respond to the Grand Jury Report of June 16, 2014.

What else could we or would we be doing, as a community, as a civilization, if we weren’t under constant pressure to appease not the squeakiest wheel but this irresistible grinder of purported progress. What is the will of the people? Anybody out there?

There is a lungfish somewhere wishing he had never jumped out of the water.

Please note that the Weekly’s reporter left the meeting before a flurry of what I found disturbing discussion about using a technical platform to get between the people and their alleged leadership. The younger turks on the board — MA, GT and newby ER were practically ecstatic, while the liver spot dudes, MM, CK and AK were, thankfully, a little dubious.

To solve everything click here. (above — I guess I did scoop GS on this — Obama used this same platform in 2009; I believe in thoroughness and realness over efficiency expediency and the newest gadget or gimmick).

I’m not just a Luddite. I have issue with using public forum or limited public forum to beta test a newly designed bike rack — takes too much space. Does he pay us or we pay him? Sorry if i”m off topic, but all things are connected, as Chief Seattle says. (And I don’t mean that flashy defensive back who once lived in my building….)