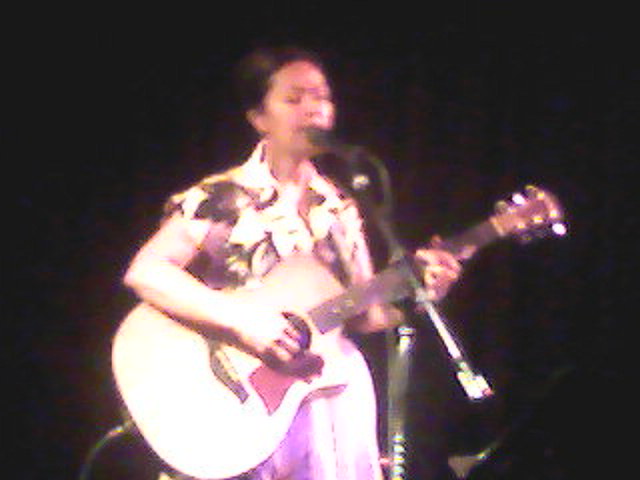 The Cohen Brothers and I caught Anna Fermin at Genghis Cohen’s in Los Angeles this summer. It was part of Anna’s West Coast debut, venturing this way from Chicago, as my family did in 1968 (Anna was on tour; we have stuck it out, here, but I get back to Chi town when I can, like in 2009, on tour with Dao Strom, we opened for Anna Fermin’s Trigger Gospel at Schuba’s a former beer distribution club. Speaking of the 312, good luck to Menlo Park’s Zoe Starkey, studying music biz at Columbia College of Chicago. Zoe’s mom Kathleen Daly runs the popular Zoe Cafe in Menalto Corners here).

I get a lot of mileage telling blues musicians of a certain vintage that I was born on the South Side of Chicago.

Good luck to Anna Fermin and her new cd release, and we hope to see her soon either out here or back there.