Earthwise Earth Day and a dozen other upcoming shows

April 24 Earth Day with Matt the Electrician, MC Lars and not much more%

May 1 Lisa Mezzacapa SIFTER 2 pm Mitchell Park (I note the time in that there is a big show at Stanford Frost, also booked by Golden Voice that night, I may see also)%

There’s a couple soon to confirmed dates in September but I won’t announce just yet. Generally I work 30 days to 90 days out. The recent Dan Bern was less than that, but that is Dan Bern one of my faves (and I deliberately picked the only rainy day last month to do the show because as you can tell by my name I am an environmentalist and we need the rain).

Notice that compared to The Guild in Menlo Park and Mountain Winery in Saratoga I keep my ticket prices low: either free outdoors or $20 to $25 indoors in civic spaces, for the most part.

edit to add, a few minutes later: I want to mention that ten of the acts are people I’ve worked with before including those like Mary Gauthier who played last fall and another four are people I’ve never met but their reputation precedes them or they came highly recommended. Just three hours ago I charged my phone for 10 minutes and then went into an ally in SF, near the ball park, and let a group of homeless people or seemingly down and out people audition on ukelele and voice. 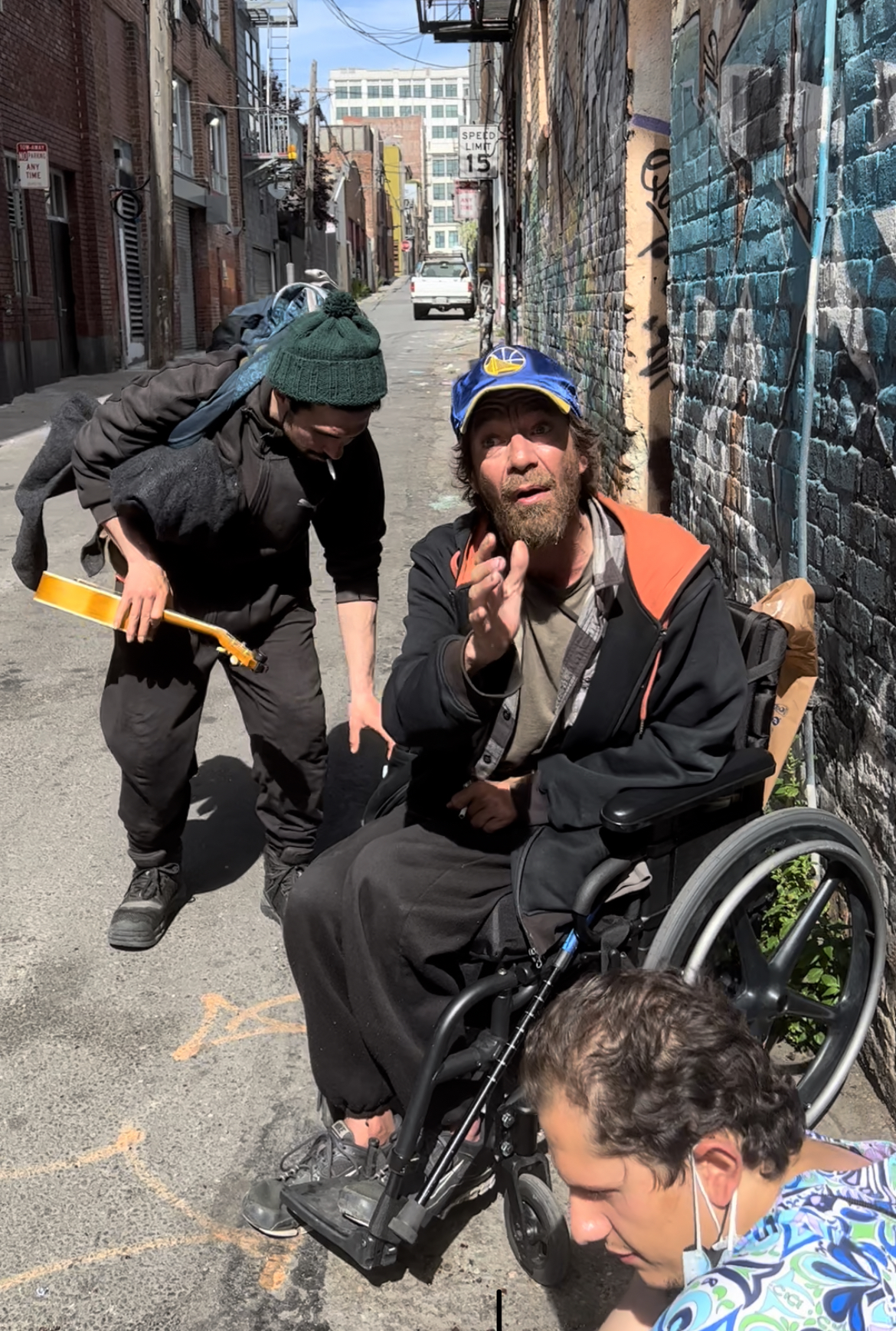 edit to add: Terry Acebo Davis added typography to Evri Kwong’s artwork for my April 24 show so I’m going to spend my spare hours walking Palo Alto’s commercial districts and strips putting the posters on display, these next 12 days: