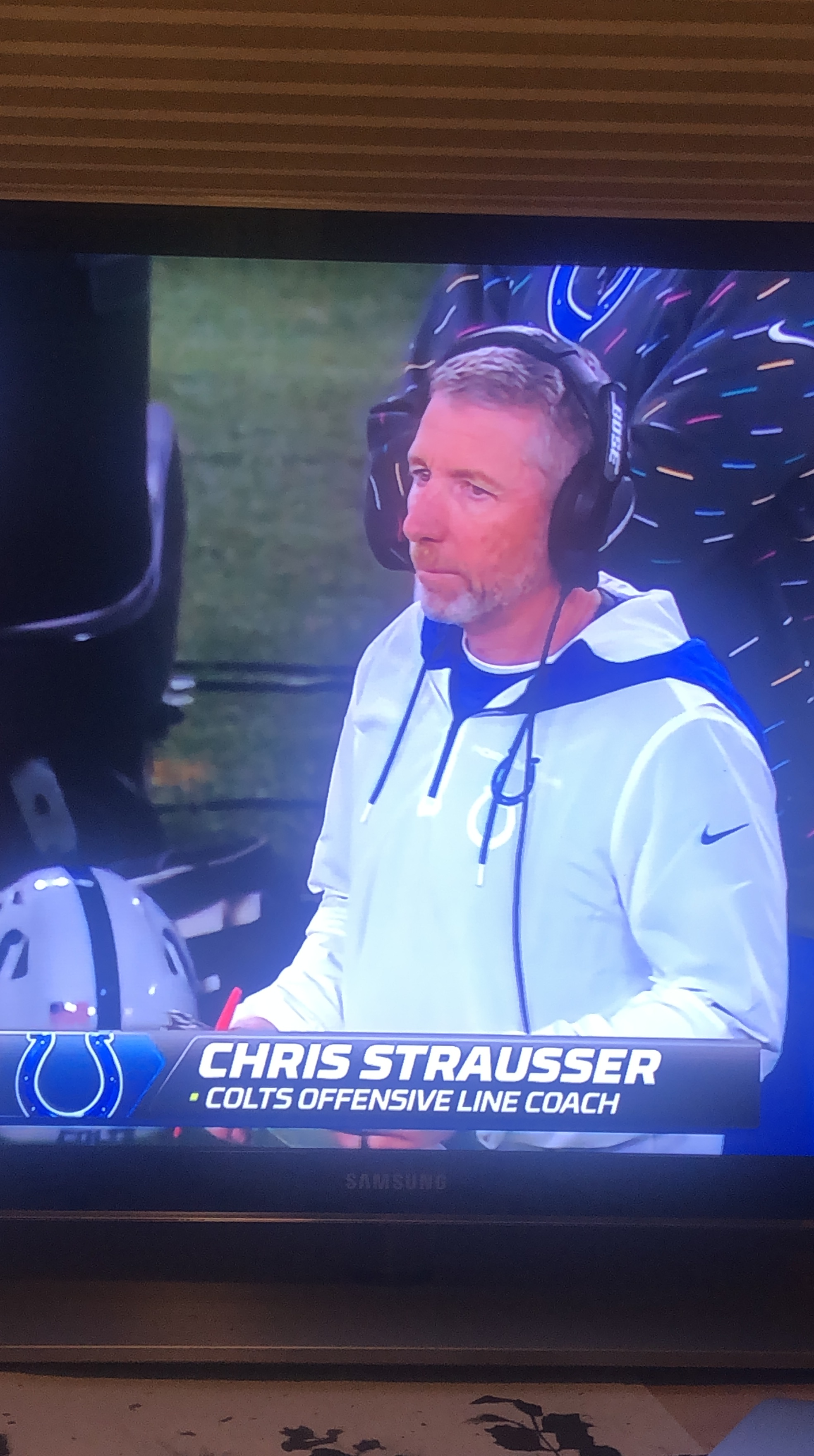 The Colts are in a doozy down in Baltimore. It is knotted at 25, going into overtime. The Colts were up by 17 before Lamar Jackson pulled a few rabbits or birds out of his proverbial hat.

I was toggling back and forth between Giants-Dodgers and NFL/MNF but did catch the announcers lauding Chris Strausser’s leadership of the offensive line.

Chris was Gunn’s quarterback in 1981. He says he was co-MVP of the league along with Jim Harbaugh (future Bear and Colt and current Wolverine NCAA head coach).

Chris was a friend since 7th grade, 1976. He came to my bar mitzvah. I played flag football both 7th and 8th grade at Terman but he played full-contact tackle football for Palo Alto Pop Warner.

Injuries and the lack of a growth spurt made him a late comer for the Titans. He played behind: Nick Sturiale, Joe Oliveira, Phil Wessels, John Corbett, Danny McCalister, Shapur Taleghani, Bill Parker. Reminds me, excuse the digression, that Geoff Gibbs ’79 claims plausibly that he might have been Gunn’s QB were it not for the 9th graders and 8th graders joint promotion his year. I.e. he never had the chance to lead Terman 9th graders and had to compete with Danny McCalister a year younger without ever leading his team.

Chris has coached for San Jose State, Boise State, Washington Huskies, Denver Broncos and Indianapolis Colts. I am guessing he has as many seasons as a pro coach as Harbaugh, and remind me: who is still competing in the NFL?

I hope the Colts pull this one out.