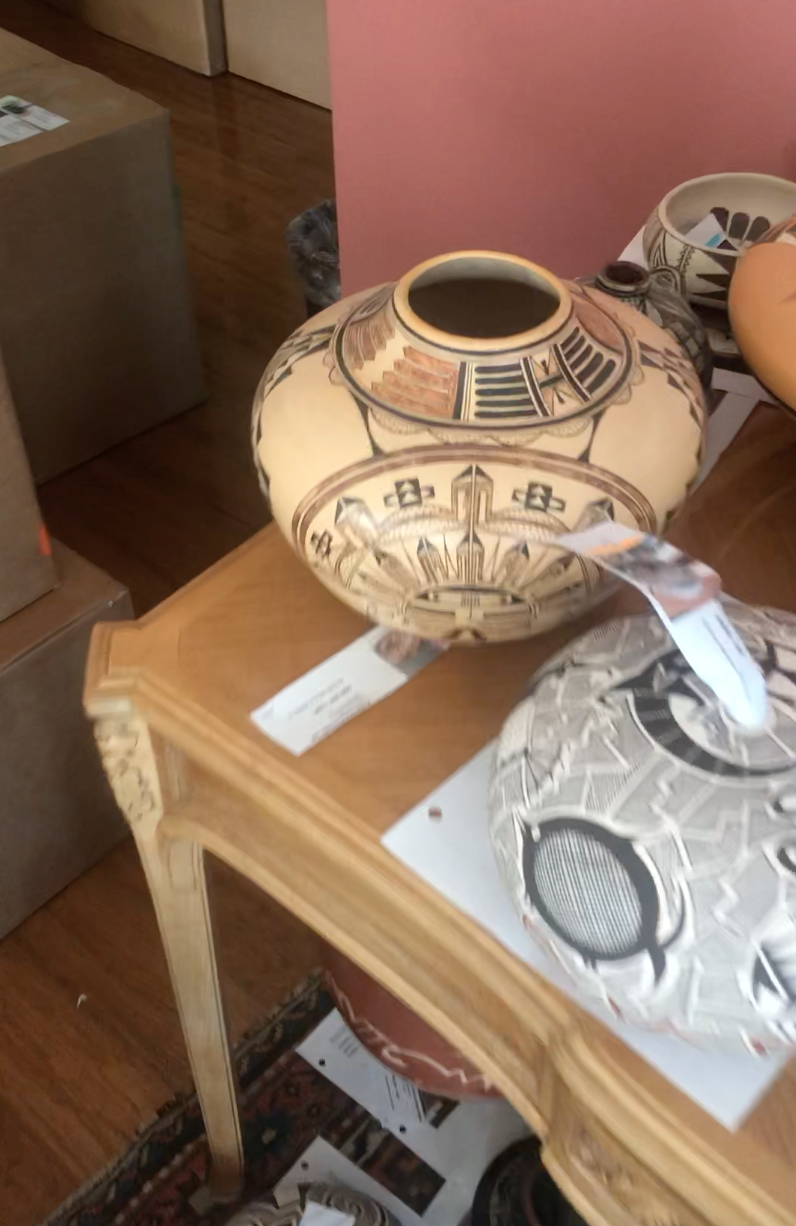 I think I counted seven of the 30 pots in the DeYoung Hopi Pottery display came from my parents’ gift, from The Paul E. And Barbara H. Weiss Collection of Pueblo Pottery.

I just noticed this Les Namingha pot in a short film I made about the collection right before we sold my parents’ condo, in Palo Alto, where they lived with the pots the final 14 years of their lives. They had started the collection about 15 years prior, while living in Los Altos Hills. They would go to Santa Fe at least every year, especially for Indian Market.

In 2007, they gave about 30 pots, and about a dozen more in 2011. Ultimately and at their death, the DeYoung took about 75 pots from the Collection.

I noticed in a book in the DeYoung gift shop that Les’ pot is based on an historic Nampeyo pot that is currently also in a show at the Metropolitan Museum in New York. I had somehow thought his design was modern or post-modern, but it’s historical.