BLUF: I make a pop culture reference below to a video with 750 million views and apparently a drug reference or organized crime, but when I say “Oaxaca” (wuh-hah-kuh) I am thinking about Palo Alto’s sister city exchange and or string cheese and I am not at all comparing Silicon Valley venture capitalists to Mexican drug cartels although the queso is muy RICO, carty.

The Palo Alto Weekly had something on their website, reprinted from San Jose Spotlight, whatever that is*, about the minimum wage rising in the county from $15.15 to $15.65 cents, up 50 cents or 3 percent.
Meanwhile, a writer from the Chron, a propos of rich people backing an initiative to recall Governor Gavin Newsom, outed a VC named Doug Leone, of Sequoia Capital. It said that he lives in LAH: maybe he was once my neighbor. There was a VC on my block named Jim who bought the Collins house, or the Wray house rather. Also, we lived near National CEO Gil Amelio but it was not true that he had a helicopter pad only that his son was a pilot and landed once on his putting green. That I witnessed.
Leone maybe gives money to Trump and the like because he’s an investor in TikTok.
But it says that thanks to IPOs by DoorDash and AirBnB he is now worth $4B.
So I tried to post to the PAW (who are programmed to delete me automatically) that although workers per se got a raise to $15.65, Doug Leone got a raise to $4B with a B, which works out to $50,000 per hour over a 40 year career in amassing power and worth.
And I am watching this morning Ian Bremmer of the Eurasia Group — since 1998 — mention in passing inequality as a thing, or a threat (after global warming, political polar bears and Putin). Piketty, Robert Reich – -I just bought his new book, at Keplers. They did not have Zephyr Teachout tho the Times linked the two tomes. CBS This Morning, Morning in America, Childish Bambinos, whatever. When you were mine, you were kinda sorta a Democracy. I got the plug in Oaxaca, yo.
My fav VCs are Nick Sturiale, from my Little League team, and Scott Sandell, my Dartmouth classmate. I probably know by name 40 of them, all time; I sold a truck to Nolan Bushnell in 1983, for his daughter Alyssa. When he was at Catalyst Technology. Nolan in a lecture four years later, at Flint, said that he got the lowest grades in his Utah engineering program but the highest starting salary. His net worth is $TK. Chuckie Cheese, you betcha. (“TK” was lingo for “to come”, according to my friend who interned at Time-Life in the 1980s, nb).

I tried to post this to the Palo alto Weekly directly which reprinted your story but they have it set to automatically censor.
And I don’t think I’d heard of this fellow until he was mentioned in the Chronicle yesterday, but it turns out that Doug Leone of Sequoia Capital who may live in Los Altos Hills or Atherton, I am taking a wee bit of poetic license out of my math I believe works, Got a raise to $4.065 billion with a B — Something to do with Airbnb or door dash exits or ipos — they claim, works out to about $50,000 per hour over a life‘s work – – which I got by figuring 2,000 hours a year times 40 years.
Maybe he should retire and give us all a break.
Mark Weiss
In Palo Alto
I obviously don’t run in their circles but my favorite VCs of my generation are “next to reality” (Nick Sturiale) who was on my seventh grade basketball team seventh grade football team, three years of senior Little League, a year of tennis and we used to get 10101 and 10101 1010101 from our 101010  bars when we were still 1010101; And Scott said they’ll (Sandell) a college classmate who apparently once owned $300 million worth of a company my brother worked for at roughly $150k a year.
Sent from my iPhone
and1:
This is the book I bought, different edition. Amazon says it has been rated (or reviewed?) 700 times:
https://www.amazon.com/System-Who-Rigged-How-Fix/dp/0525659048
I saw Robert Reich speak in Campbell, CA with Commonwealth Club when this book came out:
https://www.amazon.com/Saving-Capitalism-Many-Not-Few/dp/0345806220
I said I was looking forward to the talk and he said “I hope I don’t come up short of your expectations!”
Here is Jeff Madrick’s Times review of the Reich book, and Teachout:
https://www.nytimes.com/2020/07/31/books/review/the-system-robert-reich-break-em-up-zephyr-teachout.html
andandand:
These millenials are talented and have an esprit de corps; one says “the noodles are ready” and the group answers “we are coming”; but they would have to work three milleniums sick to save the wealth that the VCs are holding or hording or slurping up a wee bit too loudly, imho. 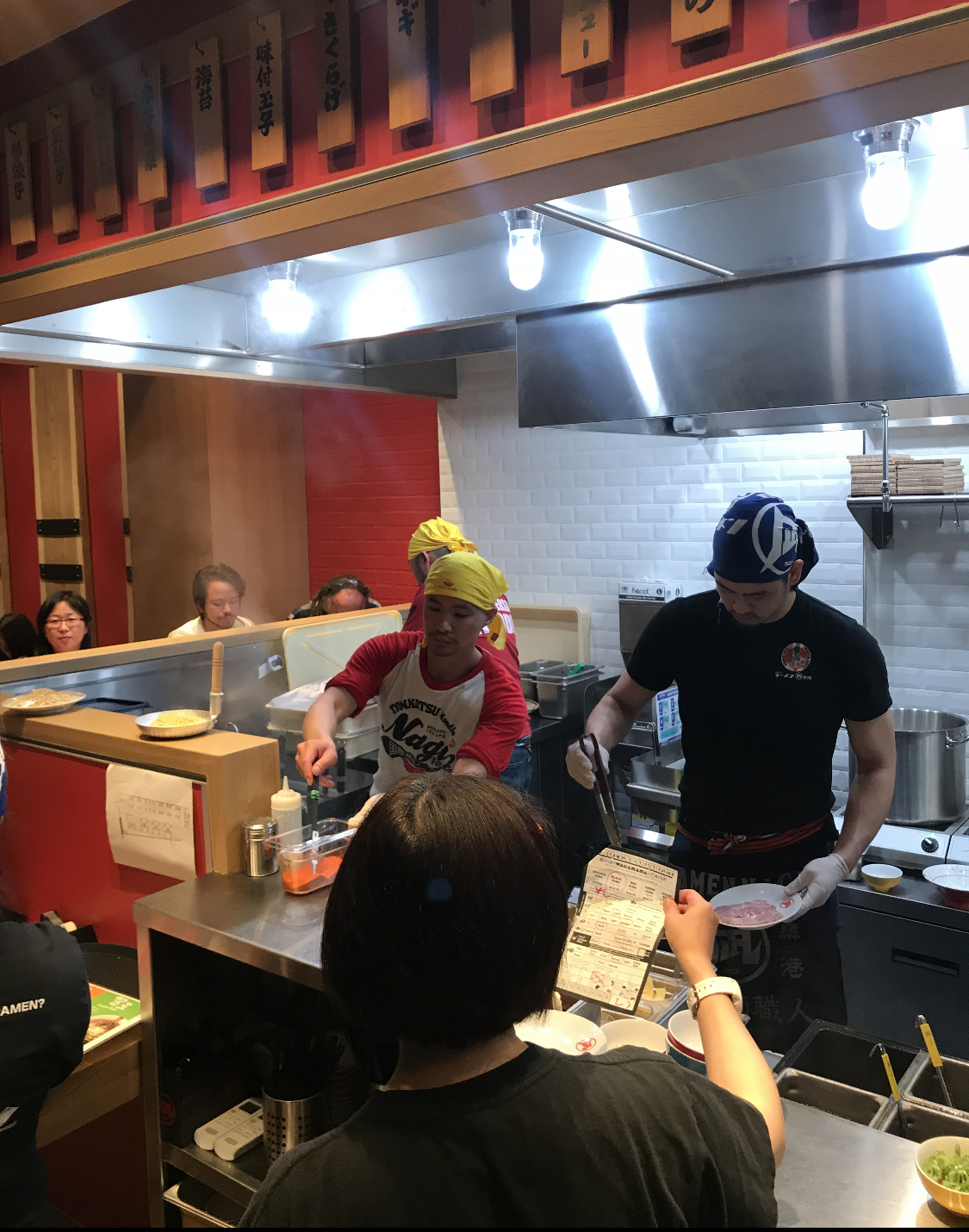 andandand and:
Madrick, a Harvard grad who taught at the New School, on Reich and or Teachout:

A powerful money-fueled oligarchy has emerged in America that is an enemy of democracy, Reich writes. The self-interested power of the nation’s wealthy often goes unnoticed by voters, and is partly misdirected by right-wing rhetoric about issues like immigration. But it leads to lower wages, less product choice and abusive labor practices. Trump has harnessed the frustration of the working class, Reich says, but he was a “smokescreen” for the oligarchy. Reich has an almost unmatched ability to make insightful observations about the nation’s inequities, and in “The System,” he observes that the question is no longer Democrat versus Republican or left versus right, but “democracy versus oligarchy.”

There are at least 20 VC firms in Palo Alto per se, and Stanford supposedly was rebuilding the Ely Chevrolet car lots for office space to extend Sand Hill Road VC culture.

ok ok: Nolan ran an incubator not a VC firm and the internet says he is worth $50M with an em, and not the commas, so he is cool. Respect! I not attack you!

And to be clear, we are from Chicago but moved to Santa Clara Valley (Silicon Valley area) in 1968 and were in retail here for 20 years and real estate for 32 years, plus my brother is salaryman for the industry, whereas I am mostly Weiss-noise.

Benj Edwards of Fast Company wrote a comprehensive story recently about the legendary Nolan Bushnell. This looks somewhat dashed off but it took 16 revisits or revisions.

Bottom line on bottom or BLOB: do we love capital more than democracy?

andandand et al: Starting in November 2011, NEA sold or distributed to its investors the majority of its stake in Fusion-IO, Securities & Exchange Commission filings show. Distributing the shares is the equivalent of selling the shares in the venture capital game since most investors in venture funds trade out of their stock immediately after a distribution. Between December 2011 and September 2012 NEA distributed shares to its investors on days when Fusion-IO’s stock priced closed for between $23.02 and $31.59, SEC filings show. Using the closing price on the distribution days, NEA has cashed out Fusion-IO shares for more than $510 million. That’s a realized exit of more than 11 times NEA’s investment. NEA still owns Fusion-IO shares worth about $130 million. (Forbes – -no wonder he’s smiling — he literally said “Oh, I sold that!”)