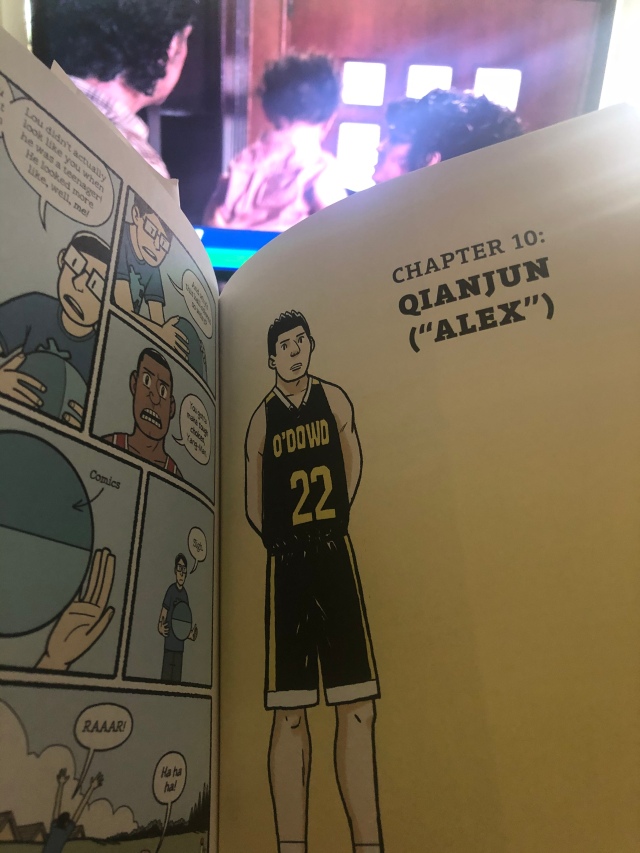 One guy is a MacFound Genius Grant laureate who wrote a graphic novel 2020 bleeds black and gold of Bishop O’Dowd, the other was a Page Pirate and Gunn Titan, won a Pulitzer has a book about pro basketball in China circa 2010 and is being groomed to be editor of The New York Times. Also, maybe the last time I saw Yardley was Times bureau in Brooklyn circa 2000 — we met in 1980 — I think that bureau is near the new Nets crib.

edit to add, a day later: I’m really enjoying this book, about two-thirds of the way thru. I know a fair amount about hoops, but this book has me filling in gaps. For instance, that George Mikan went to private school. That the Harlem Globetrotters are from Chicago. The thing about the weird previous coach did come to mind, and he, Yang Man is handling it in a smart way.

I want to suggest he add a page about The Mikan Drill. Am I the shortest and youngest person who still does that? Also, to see footage of the first woman to dunk. Meanwhile, Stanford recruited for class of 2024 the first woman to alley oop.

Can’t wait to find out if BOD finally wins State. 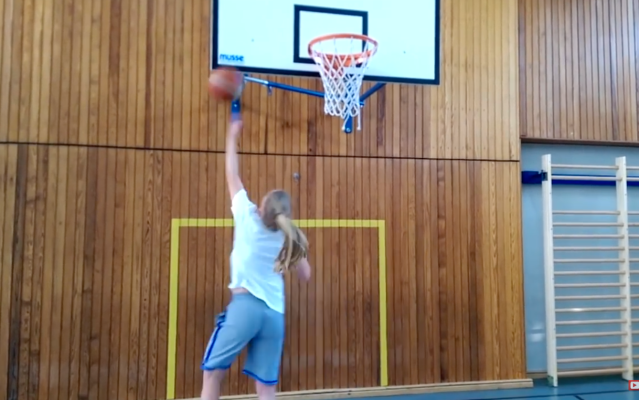 The books also reminds me of my coach Hans Delannoy who a, came in second in CCS section in 1981 for Gunn, losing by 2 points to St. Ignatius the BOD of SF, then b, 25 years later won sections for San Ramon against Berkeley for Girls, and c, his school San Ramon won state a few years later; Hans was not a coach but knew most of the kids and saw alot of the games live. He was later inducted into their Hall of Fame and is nominated for the Cubberley Hall of Fame here.

Also: in the way I once confused Al Pacino with Robert Dinero, I admit I confuse Leon Powe with Ivan Raab. Isn’t there something about BOD and Jesse Gonder or his son?

And Pumpise Greeen was a supervisor for Berkeley during the time of Altamont, accoding to Joel Selvin.

And today I rang a door bell in Mountain View that was NOT the former home of Paly janitor circa 1969 Roy Hartgraves AND met the owner of a house in Belmont that was NOT the home of his colleague Don Coyne. Small world, amazing, yo? Wait, wait, we –meaning our circle, rang the doorbell of Larry Bailey a former Paly (and NFL Falcon) hoopster who id’d Bruce Davis, another custodian, may he rest in peace, or all of them. All of us.

Between binge-watching Ray Romano and Chris O’Dowd’s “Get Shorty”, this poker book The Big Bluff and Gene Yang, I’m finally getting that gradaute degree.