Someone asked me about why Earthwise is doing so many shows now after so many years of fewer shows; or none in 2017 and one in 2018, to be precise.

And that got me thinking of about 100 other topics but then also Brad Johnson. Brad played one of my shows, on a bill with Venus Opal Reese a Stanford grad student and monologist — who I had — Venus not Brad — open for Henry Butler — at which time I think Brad Kava –not Johnson — used my wording “wordless story teller”. The Brad Johnson Variable Stars, maybe just a duo with Astrid, was at Art 21 Gallery, now offices of Premier Property, at corner of Hamilton and Alma. I did about 10 shows there, including EST, Ethan Iverson, my then client Annie Lin around whom the entire matter was produced, Steve Poltz, Papa Mali.

Here is what is searchable on Brad, who recorded a cd with Allan Clapp of The Orange Peels, another former client, for my sputtering artist management business. (Currently, zero clients; all-time, ten to twenty client, depends how you count).

Many of you probably already read or heard this at Brad’s service yesterday (thanks Agata for printing it & Blimpy for reading it!), but I wanted to post it for those who could not be there or did not get a chance to know what an amazing person Brad was. Thanks also to the super-band that we formed for the day to perform Lights Above Los Gatos in Brad’s honor!
He will be dearly missed. ❤ 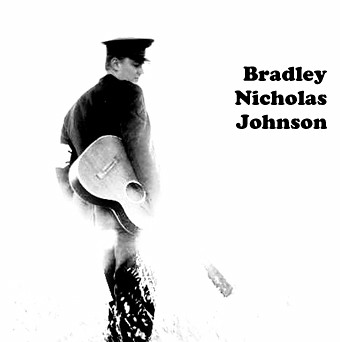 What does it mean to be bandmates? Being bandmates is a very special relationship. Of course, first and foremost, we come together to share our passion for music and to push each other to always be the best that we can be. We talk about upcoming shows and set-lists, other bands we like to play with, and new ideas for songs. But we talk about everything else too—our thoughts, our hopes, our jobs, gossip, and all the little details from our day that no one else wants to hear. We alternate between being serious and focused, as we isolate trouble areas in a song, to silly and joyful as we dance around the practice space, flailing around and bursting into laughing fits.

The Variable Stars members were almost all friends before the band, and if not then we soon became very close. Being a bandmate is much like being in a strange, sometimes dysfunctional, five-person relationship. When we bicker, it’s like an argument with five significant others, each with his or her distinct perspective. And each one of us thinking that we are obviously the one who is right. But these differences are part of what makes a band unique and beautiful. When we finally get a song right, there is an almost tangible ecstasy that we share as we look from face to face and know how much we all gave to get to that point. At that moment, Brad would invariably shout out an exclamation like, “Yes! I love you guys! This is what it’s all about!” We would all exchange cheesy high-fives or run out into the parking lot and chase each other around before getting back down to work.

Outside of practice, we go to movies and out to dinner or just stay up all night talking; it’s like a built-in social network and a phone-tree all in one. Brad has always been our fearless leader, our biggest advocate, and our most prolific songwriter. He tried to maintain his humility, but we all knew that he was our shining star. When we performed, all eyes were glued to him. He possessed that certain something that compelled you to watch and see what he would do next. I remember a show that Brad and I went to together in San Francisco a couple of years ago. During a particular song, a giant, six-foot tall projection of the lead singer’s head appeared above the band and continued to rotate over the stage as they played. I nudged Brad and teased him, “I know that’s secretly what you want, isn’t it?” We could barely stop laughing as we pictured it, and it continued to be a running joke between us that that was what we would do when we “made it.” Until then, though, over the past seven years or so, we have played countless little bars around the Bay Area, fun venues like the Chabot Space Center, and even a Laundromat one time. We once had a band garage sale to raise money for our cause. And Brad was constantly designing funny t-shirts online or sending us files to listen to of songs that he wanted to do in the future. In a way, for all of us, being in the band is a way of life. It constitutes so much of our time and our imaginations. Brad said we were like a family, and we couldn’t have put it in any better terms.

What does it mean to be a bandmate? It is to be a loyal friend, a partner in artistic vision, a cheerleader for the team, a drill sergeant, a student, a teacher, and a dedicated musician. Brad was all these things and more, and he inspired us to always set our sights high. So now, as we come together again with Brad in our hearts, we try to keep in mind his vision for us, both as individual musicians and as a group. We try to think of things in a positive light, as Brad would always have us do, and keep close the sentiments that he conveyed with his lyrical and musical gift. In the beautiful words of Brad Johnson’s song, “Twilight Land”:

I also knew Brad from his work at the library and Stanford theatre. A friend of a friend called him “the Ska guy” because he used to go around talking up the latest ska shows — ska, as I explained to a driver the other night, on my way back from Sudan Archives, is a type of reggae mixed with horns. Unless Reggae is a type of ska without horns. There used to be a Ska List, published by a lady who took journalism from my ex-girlfriend Charlotte Gerstein, at Tennyson High in Hayward. Small world, expanding, dark and light, we make the best of it.
(There’s also a Brad Johnson who played Cubberley married to a Mary a band called Virginia Dare — I saw him in December at The Make Out Room party; I remember Mary on the phone asking me to bump her fee a bit “we have a baby” — Brad said said baby is now out of college, mazel tov).