My Dartmouth class had only 12 Asians 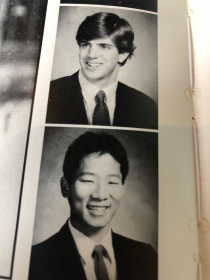 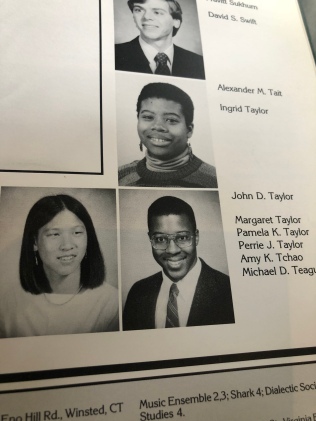 I usually introduce this as so: My friend and fellow editor ‘Ellen Glaser attended a conference; she came back and wrote an article which we publish at the daily Dartmouth;  it listed the estimate number of Jews at each of the ivy campuses for example Penn was half Jewish Harvard 1/3 everybody else except Princeton and Dartmouth were around 20 and we were around 10 . Why so few jews at Dartmouth?(This was before professor Arthur Hertzberg or a president James Freedman we had Richie Weissman all IV future real estate broker —  or he had just graduated rather we had Danny Fleishman a punter whose dad was head of schools in Greenwich Connecticut I think.

Couple days later a letter to the editor didn’t we noticed they were only 1% of Asians at Dartmouth —even more glaring omission—??

In a related point I think, but enough for plastic alto, I wrote a series of articles about gay activism and was actually blackballed.  A man in my dorm was harassed freshman fall and six months later I had the courage and the journalism instinct to tell his story. (Compared to looking the other way and sort of shunning him, when incident started). But I read the other day the Dartmouth is now considered one of the most gay friendly places for undergraduates.  And I believe the number or percentage of Asians is significantly higher and more normalized with other competitive schools.

When I met Emily Zhou  A gunn graduate and member of Dartmouth ‘23 I was more relieved and pleased there was a gunn student on campus and impressed that she was a tennis recruit than anything. I noted that she did not play for the Gunn  program. I Believe imore likely compared Her to Rebecca Dirksen ccs champ and “wearer of the Green”.

The students pictured above include: Ed Kim, Jane Su, Terry Hong Bailor, Byung Ye now better known as Wolf Ye thank you for your service; Grace Jung, Walter Tsui, Kenwood Tsai, a man from Thailand I don’t recall Pravitt Sukhum; Lalita Jayasankar who may or may not commonly involve herself in this topic, William Park, Mikiso Mizuki, Amy Tchao.

and1: from college news service, February 2017: We met in Salzburg, Austria during a 10-day break in the middle of LSA in Blois and FSP in Toulouse while we were each traveling with friends. I walked into a small subterranean rathskeller in Salzburg and my friend said, ‘Hey, there are some Dartmouth kids. And the rest, as they say, is history! We dated through several semesters apart when one of us was on campus and the other off,” say Lali (Lalita Jayasankar) Haines ’86 and Jay (James) Haines ’87

1 Response to My Dartmouth class had only 12 Asians