Yes, but can she bake a cherry pie?

(Kay Kostopoulos and I visited the niece of Stella Brooks in Santa Rose about 15 years ago and leafed through a box of correspondence and briefly – -on the ride home and a few brief epistolary exchanges later — dreamed of creating a one-character show about the former jazzsinger; we only got as far as opening on an elder Stella rising from the chair to become young 1940s Stella singing “I’ll Never Be The Same”) 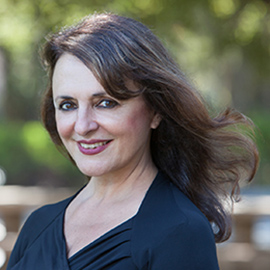 The title references a Henry Jaglom movie which references an old song, taught to be my Tom Harbeck the former journalism advisor to Gunn High Oracle and later my first boss at Chiat Day SF Worlds of Wonder account

Kay Kostopoulos directs and teaches acting, acting pedagogy, voice, speech, and Shakespeare in the Department of Theater and Continuing Studies Program at Stanford University. She teaches “Acting with Power” at Stanford’s Graduate School of Business, and has coached for the Knight Fellows Journalism Program, the Clayman Institute for Gender Research, and the Department of English. Kay has created and directed training programs for Stanford’s School of Medicine and co-taught a class for Symbolic Systems in the development of facial recognition for the treatment of autism.

Kay has taught private seminars for live and on-line presentation for Twitter, Genentech, Cisco, Sony, Hitachi, Lippincott, Ernst and Young, First Republic, Stand and Deliver Consulting, The National Association of Speakers, Fripp & Associates, Stanford’s Executive Program for Women and Women in Entrepreneurship Program, eBay’s Global Women’s Conference and Women In Cable Telecommunications.  Her work has been featured in “O” magazine. http://www.oprah.com/spirit/Body-Language-Signs-Body-Language-of-Women/2.  She has also been featured on NPR’s  Philosophy Talk radio program http://philosophytalk.org/shows/faces-feelings-and-lies for her work on understanding facial emotions in the treatment of Autism.

Her work with the Knight Fellows is here listed:  http://knight.stanford.edu/talks-events/2012/speaking-with-power-and-learning-to-lead/   Articles have appeared about her in STANFORD BUSINESS MAGAZINE ON LINE:  http://westallen.typepad.com/idealawg/2012/05/does-acting-help-you-project-power.html

Kay most recently did the coaching for the “Lean In” program faculty videos from the Voice & Influence program by Stanford’s Michelle R. Clayman Institute for Gender Research and Lean In: http://stnfd.biz/jtwdA

Her work in the jazz world and business appears in this newsletter:  Stand and Deliver Consulting:  http://standanddelivergroup.com/3-essential-skills-that-leaders-can-learn-from-jazz-musicians/

Kay served as Education Director at The California Shakespeare Festival.  At Stanford, Kay performed multiple voices in “Encountering Homer’s Odyssey,” an online classics program through the Stanford/Princeton/Yale Alliance. She has directed and performed in educational and centennial projects for Stanford’s Continuing Studies Program, including the Emily Dickinson, William Saroyan, Charles Darwin, and Robert Frost centennials.

Kay is also a singer and actress who has performed in many Bay Area and regional theaters, including A.C.T., the Magic Theatre, the San Francisco and California Shakespeare Festivals, and Stanford Repertory Theatre. She has additional credits in voiceover, film, and television.  Kay leads her own jazz ensemble, Black Olive Jazz.  She draws from her acting background and her Mediterranean heritage to establish a unique sound in Jazz, bringing this vision to audiences all around the San Francisco Bay Area.  Featuring Kay on vocals with master musicians from the local jazz scene, Kay performs songs from film and the Broadway stage to jazz standards, along with groundbreaking offerings from the “world music” genre. www.blackoliveazz.com

“Beautiful voice with a wide range… Ms. Kostopoulos is equally skilled on ballads and uptempo material… Makes a strong case for being considered a major jazz singer”

“Kay is a singer with good technique and beautiful tone”