Or, where have you gone, Swede Oberlander?

The year that tiny Sacred Heart Prep of Atherton, California won the Central Coast Section football championship, I had three friends with boys on the Gunn of Palo Alto team, my alma mater. I attended every game, even on Yom Kippur — I went for the kickoff then hightailed it to High Holiday services. I wrote several article for this blog, Plastic Alto. I tried to contribute to the paper of record here, PAW but they only ran the slimmest amount of my piece. They may or may not have offered me $50 for my time. Gunn won once that year; they had 18 players, 8 of whom played every down. The very minute that I re-introduced myself to a classmate of mine, his boy ran a punt back for 6.

I recall being peeved that the Weekly did not cover the Titans as avidly. I posted on their site complaining about a Palo Alto paper covering a small private school, in the next town.

In retrospect, the Gators’ story was significant. Their top player Burr-Kirven earned a scholarship to Washington, and excelled in Pac-12 football, earning all-conference. (My classmate Chris Strausser, now of the Colts of the NFL, was one of his coaches and helped recruit him – I recall in a text he said something about hoping the kid, known for punching above his weight, would fill out — he did). 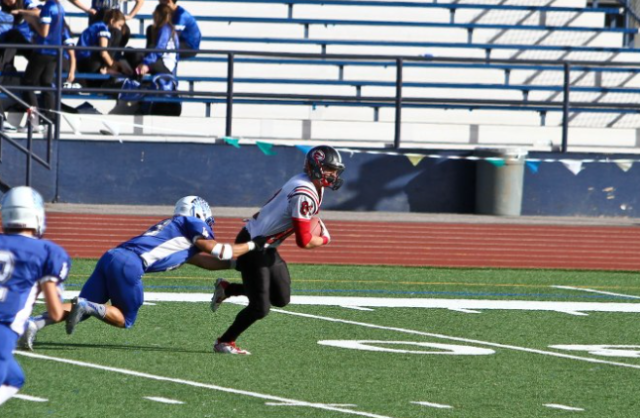 What I didn’t realize about Sacred Heart is that their secret sauce was Bill Campbell, the former Columbia Lions great (no, that’s not an oxymoron – his boys were league champions, as players, not later as a winless coach). Just as he did for Columbia, Campbell donated to build up the field and the program. (Just as he did for The Old Pro, at 541 Ramona).  Campbell was a two-way player, linebacker and pulling guard, and later coached a trillion dollars worth of Silicon Valley market caps, according to my former neighbor and fellow Dartmouthian Alan Eagle in his recent book, the voice of Big Green football for WDCR.

When St. Francis of Mountain View won the state championship in 2017, I did not pay much attention — my interest in high school sports waxes and wanes.  In some ways, the Lancers win can be shrugged off: don’t they win all the time? They’re a power-house. (I know they won State in basketball in 1979, with Pat Rogers and Mike Norman). When I think of St. Francis football I think of two who went on to Dartmouth: Sorenson, a linebacker a year behind me at Dartmouth, who had straight A’s and posed with the Playboy All America team — that was a thing; Also, Zack Walz, who later played for the St. Louis Cardinals (or Arizona?) and runs a tutoring program in Missouri. I may be mis-remembering that Zack’s dad had a store in downtown Los Altos and I would chit-chat with him; I think Charles Tharp carried the ball that year. Wayne Walz.

My fellow Aquarian Zack Walz who had 230 tackles thru his first three of four (!) varsity Ivy seasons

I’ve recently been reading up on the 2017 season, that I missed. A running back named Darrell Page scored 31 touchdowns and ran for 2,000 yards, to break Tharpe’s records, and or someone named Markee Lockett. He’s related to Lockett, and vowed, as a kid, to break the St. Francis record one day. On the internet, on Youtube, you can see some of Page’s runs, and his interviews on those high school sports focused shows. He seems presentable enough. He attended Palo Alto schools, on the Tinsley Program (that provides for equal opportunity, for kids who actually live in the under-served East Palo Alto and Ravenswood districts. Page is not big, is compactly built, is a nifty runner. Did you already guess that he is black.

Darrell Page did not repeat as a rushing champion for his senior year. He transferred to nearby Homestead of Sunnyvale, a relative doormat. It’s not obvious from the record whether he ever played. There’s a photo on MaxPreps, contributed by an amateur or semi-pro or parent, of Page wearing a white #1 jersey, but you cannot, or I did not, find any stats or honors. It’s possible he suited but was held out of the games, once he became eligible. Someone told me that he did play in an all-star game post-season, a showcase for recruiters, maybe underwritten by a St. Francis booster, but not the North-South game that my former neighbor Matt Currie of Saratoga played in, back in 1982.

It’s a curiosity, to say the least, the dissonance between Darrell Page’s championship junior year and the aftermath.

edit to add, a few months later: Derrick Henry has 153 touchdowns in high school, 45 touchdowns in college, and 23 so far in the pros.
andand: at the first Stanford game I ever attended, the star running back was named John Winesboro. A couple years before Darren Nelson. I mean John Winesberry who was a hero of the Rose Bowl; he later changed his named to Shaheed Nuriddin, got a law degree, worked in government in Washington State but died of lung cancer at age 52.

Ken Willard was 8th all time in rushing when he retired but is now 84th. Born in Virginia, played for North Carolina, football and baseball, drafted ahead of Gale Sayers. 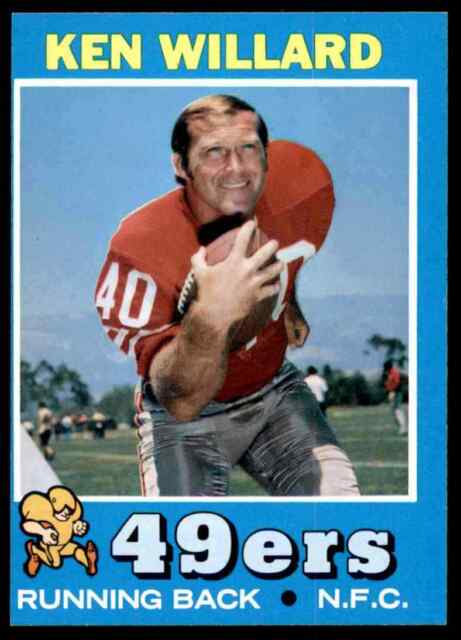