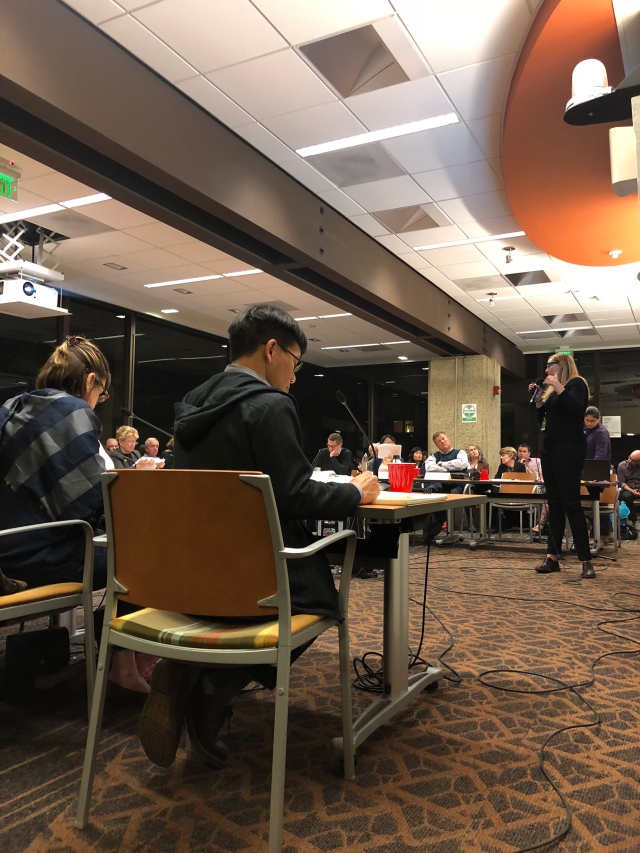 Consultants lecturing a group of combined citizens, pols, staff and developers apropos what happens in Ventura when developers flip the land like Monopoly chits, then Lobby staff and Council to create a “special” district. In 2014 or so I raised the point that we are behind our parks dictum and maybe 7 acre major park would serve us better than more housing. Tim Steele of Sobrato and Lund Smith son of the former site owner are the wolves

edit to add: 1, this started in 2011; Mike Cobb, a former mayor posted on PAW urging caution on development and housing (see graphic); I posted similarly but pro “Park” per se, in 2014, while running for office (see below); I also spoke to Tim Steele of Sobrato; I was trying to reach Chase Lyman, the former NFL player, about building a football field there. I joked somewhere, maybe here, in Plasty, that the Raiders could move here.