Ledisi deserves her own tv show 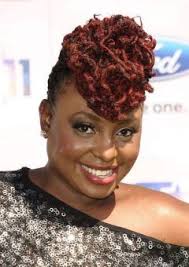 When I was Stew’s manager a reviewer said “sings better than Richard Pryor, is funnier than Jimmy Webb”

Ledisi singing a gospel song to the MLK character in “Selma” was a highpoint for me — I’ve written and talked about some of my disappointments with the film and that I look forward to the rumored MLK-biopic that will include cooperation from the estate and actual speeches and footage.

But I stand with Ledisi in protesting that the Grammy show used Beyonce and a chorus of dudes to sing “My Precious Lord”, the Mahalia Jackson song she covered digetically (in camera) in the film.

Sure, Beyonce is a star and I guess can pull rank, but Ledisi deserves some love beyond just a nom and decent seats at the telecast (and I admit I have no idea how the party scene plays out, never having been to the show).

A couple years before Ledisi was nominated for Best New Artist, I spoke to her booking agent about wanting to manage the singer, who had played with her Anibade project at my jazz series at Cubberley Center in Palo Alto, years before, in 1997.

Actually I wanted to reposition her as the black Lucille Ball; Or a Whoopi with pipes. I was impressed with how funny she was, in between songs, at Yoshi’s, mimicking some of her audience members, like a stand-up comic. I never saw her in “Beach Blanket Babylon” but I’m sure people who knew her then would agree she has an untapped comic touch.

So, let’s atone for last night’s snub by giving her a network, primetime variety show, or pilot at the least.

Also, when Ledisi played my venue I was asked to pay her in cash not check and I had her sign an autograph on the little money-garter-belt that the bills came wrapped in. As in: Ledisi = money.

She laughed. (But never really heard me out, years later, on the management thing. No worries. You, go!)