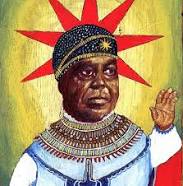 My jazz treatise stands at 24,776 words.
I bought the book on Thelonious Monk by Robin D.G. Kelley because it mentions Danny Scher and the concert he presented on October 27, 1968; she has his yearbook, the Madrono as a cite.
I mean to ring Danny on this account.

Here is a google cite to that.

I think and this is the next day — god love it, thank you, for the extra two days and counting of this — music being a sophisticated form of counting — that I did actually just push thru the 25,000 word count for my epic, what’s it called again “Jazzscribe contrafacts” — interro, interro — my leaving this or approximately this on Danny’s pseudo-office voice mail:

Hi, Dan. Danny. It’s Mark Weiss. From Earth-wise Productions and Artist Management, in Palo Alto and this is just to say that I just yesterday or Monday procured a copy of Robin D. G. Kelley’s book on Thelonious (although I pronounced it “thelonius”) Monk, very specifically because you are mentioned in the index, and four citations, one, for your yearbook, one the flyer and two for an interview I guess she — I presume it’s a she, Robin could be a “he” — did with you. You had told me the anecdote, about Monk playing at Paly and in fact I had seen the link on line but now I own the book. It sold another copy. But bottom line is

(then I jumped up, bought a chocolate milk Horizon Organic, here at Peets, paid cash, dude named Brendan with “juanita” on his neck, which made me suss a minute of Lowell George Little Feat Fat Man in the Bathtub, with the blues, you moan, all dat and back to)

I wrote twenty five thousand words about the history of jazz in Palo Alto. I have this construct I refer to WOGS it stands for Wong, Olaine Gioia and Scher. I want to produce a panel discussion for Palo Alto History Association and I would have — I wrote this in residence, like an intern, at PAHA, going thru their files — you, Herb Wong, Jason Olaine and Ted Gioia come speak — of course Herb Wong has moved on to further-fetched venues, uh, he passed away, I wrote this about a year ago. Anyways i know you are a very busy man but if you get a chance to ring me back six five oh three of five et cetera.

so that’s exactly 400 words putting the whole thing to like 25,000 and two hundred. Yesterday and apropos of Monk Scher Kelley I fact-checked or was really just searching for place and realized I had written thelonius and went back in there to fix that and worried that it would oddly re-format, it does that. Not sure why. Of course the 25,000 words includes entire sections that repeat, like in a jazz score, maybe or so sez me; it’s probably closer to 10,000 and that doesn’t even include any actual research, besides the clips and my own memories. Also, I am trying to identify 500 Palo Alto jazz memes, people, places venues, things, events, and so far I have I think about 250. Somewhere I say “Helen Sung is a Palo Altan by marriage although it’s actually her cousin Juliet Lee sister of Yu-Jean Lee the artist that is married to Andres Fajardo of Palo Alto they live in Philly now with two kids, they call chi-lombicans”. Makes me want to go back and check.
I wrote song for sung and fixed that. Weird stuff this.sun ra at 100. sun ra C?