Jordan Burger is Vienna Teng’s agent, Vienna who went to Stanford under the name Cynthia Shih. Jordan Burgess is a volleyball player who did something good 800 times, according to the Daily.

Rob Burger played Cubberley and other Earthwise events, especially as Tin Hat Trio. He gave me a demo tape for Tin Hat when it was called Masopust.

He also plays on Tracy Champman “our bright future” which may or may not be the genesis of my near-band-experience called One Day Vacation. 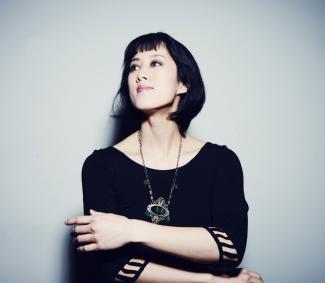 i’ve never worked with Vienna Teng but made two flyers for or about her, and flew with her to L.A. once

edit to add, late night: this could be it’s own item but One Day Vacation is a Tracy Chapman lyric from “Bright New Future” and “Save Us All” (my god is a very big god) in that I auditioned for a two person band with an elder (90 years old to my forty-something) she on piano and me on vocals, maybe just doing Tracy Chapman songs arranged so. We met up at agreed upon time at Oak Creek club house but I did not last thru the first song. Apparently they were writing songs of love but not for me. I could not hear a half step between “not” and “for” or “me”. At least not in that key, right? Aight? Earlier my mother Barbara Weiss and I had gone to see Carey Perloff ACT play “Higher” world premier at Moscone Center not Geary Street, as Carey’s guests, and were seated next to Tracy Chapman and Alice Walker. Tracy was very sweet about yielding to an elder, which seemed to annoy Alice a wee bit since she had gone out ahead of us and then my mom was moving somewhat slow, such that Alice was standing outside the venue for an awkwardly long time. Tracy looked back to see us off before ducking over the hills back toward Mission. Earlier we were in line for a cookie behind Tracy and I could not help talk to her about “Passing Strange” by my former client Mark “Stew” Stewart, because I had discussed same with Carey during the time Tracy had a song in a ACT show by Athol Fugard I saw although I keep botching the name: Blood Knot versus Bloodlines. Tracy corrected me. On the way home — and by the way the only reason or the main reason I went with Moms to this event was that my parents and their driver could not find the venue to see “Higher” the first time, and I knew Mom knew Carey slightly and Carey would want Barbara to see this — we played a Tracy Chapman cd I had borrowed from library and when that song came on my Mom started slapping her thighs along to the rhythm. Some people theorize and even make movies about music and Alzheimers. I even fantasized that Tracy Chapman would come to my parents’ condo and play for Barbara and maybe cure her. One day. Vacation.

the lyric is about two minutes in. I will send this to Carey and maybe Tracy or at least Rob as a type of prayer:tracy chapman’s one day vacation in palo alto