Trump appointee to ramp up war on wild horses

Seeks increase of $25 million in next budget to capture mustangs 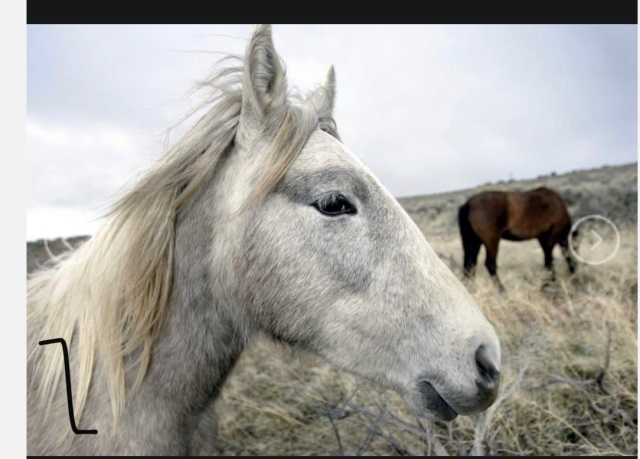 Donald Trump (not shown — nor is the horse’s ass

The chronicle had a small wire item about wild horses in the Bureau of land management which I clipped out today. Reminds me that right before I started Earthways productions I would go to Bay area action meetings at the corner of Emerson and university in the basement of what is now west elm in fact salesforce I believe uses that basement and Bill Kimball TCV fund had recently the top floor. I believe Jim Baer arranged for Barry action to share the Ross stores site in that era 1992 through 1994 or so. And one of the project was called Pine PA NE and it had to do with supporting to get the Dann sisters western Shoshone of Nevada in their efforts to graze their horses and federal lands

I haven’t quite digested the new article or three or four things I found online other than it seems that privatization zealots are in charge of the 250,000,000 acres of Parkland they want to literally give each of us 1 acre.
it says they want to spend $1 billion to round up and maybe sell off for slaughter wild horses. In the short term they want to go from $80 million a year to manage these guys to $116 million and ramp that up to $250 million or so.

Timothy Egan has a story about the acting director of the BLM.
I sent a little note to an author and professor and activists in Laramie.
A bit too long a pull on Egan:
But you have to go pretty deep into the ranks of the Worst People to find someone equal to the man Donald Trump has now put in charge of your public lands — William Perry Pendley. This is another Onion headline that writes itself: Trump’s pick for public lands doesn’t believe in public lands.

The man now overseeing 245 million acres owned by every American citizen is a mad-dog opponent of the very idea of shared space in the great outdoors. He has spent his professional life chipping away — in court, in public forums, in statehouses — at one of the most cherished of American birthrights.

It’s easy to overlook the latest villain from this White House because the pipeline from hell just keeps churning them out. At the top, the occupant of the Oval Office never stops debasing his office: the racism, the nut-job conspiracy theories, the thumbs-up pictures with newly orphaned babies — and that was just during the last week or so.

But behind the tragicomedy of this presidency, some laser-focused opportunists have been cleaning up. Opponents of public health and safety, of clean water, open space and a chemical-free food chain have never had a better chance to run the show.

This week, it was a rollback of the Endangered Species Act, the most