Sky Posse is a political action group lobbying to change federal aviation laws in favor of suburban quiet enjoyment.
One of their people ran for city council and got 8,000 votes, but in retaliation the pilots are buzzing are homes more obviously.

I wrote to them and suggested a rebranding as CA Plane Por Moi an allusion to the 1979 French novelty song, #58 on the charts with a similar looking name Ca Plane Por Moi — pronounced “saw plan poor mwah” — slang for “its alright with me — gliding along “ but there’s also an American language version  “Jet Boy Jet Girl”. (At the meeting at which to me this was revealed, there was also a plank about gender equity).
I’m suggesting that beyond the obvious or too obvious appeal to reason the people should pack the council chamber and start chanting “CA Plane Por Moi “.
A second front good start a counter melody chant “oooh—-oooh—ooh”.
At a certain point the group or subgroup could go “CA plane Por Moi Moi Moi Moi “ four or five times and others could shout out without waiting to be recognized “ Sonic Youth” or “I am king of the divan”.
maybe raging grannies could chime in with a saucy parody version of “Leaving on a jet plane”.
of course the ultimate would be dragging guitars to the rally, and amps.

one of these days I’ll start the group on my own.

the kid in their ad needs a helmet: 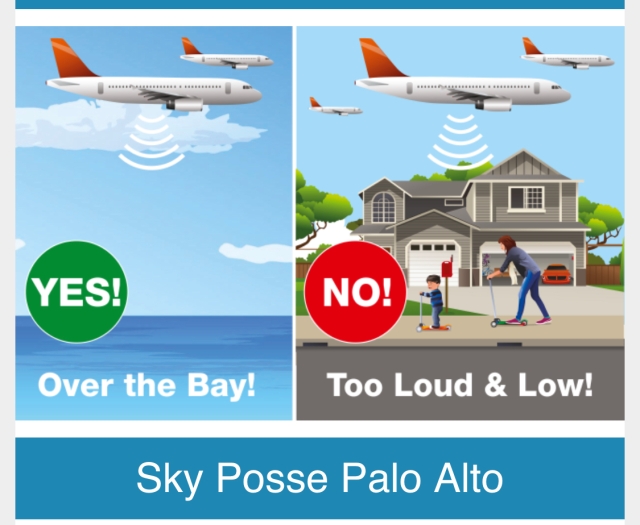 Giving serious thought but rejecting a plank based on XTC:

edit to ad: NYTimes has something related about hearing versus listening and the increase in sirens near a hospital in New York.