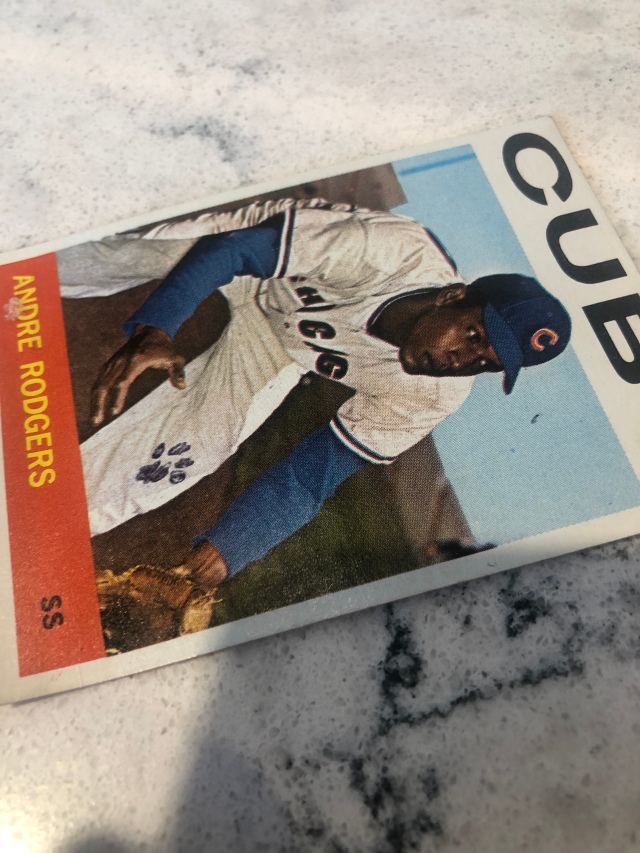 I may have to take this down but here for now is a sequence of 3 images pertaining to my interest in the artist Kara Maria. 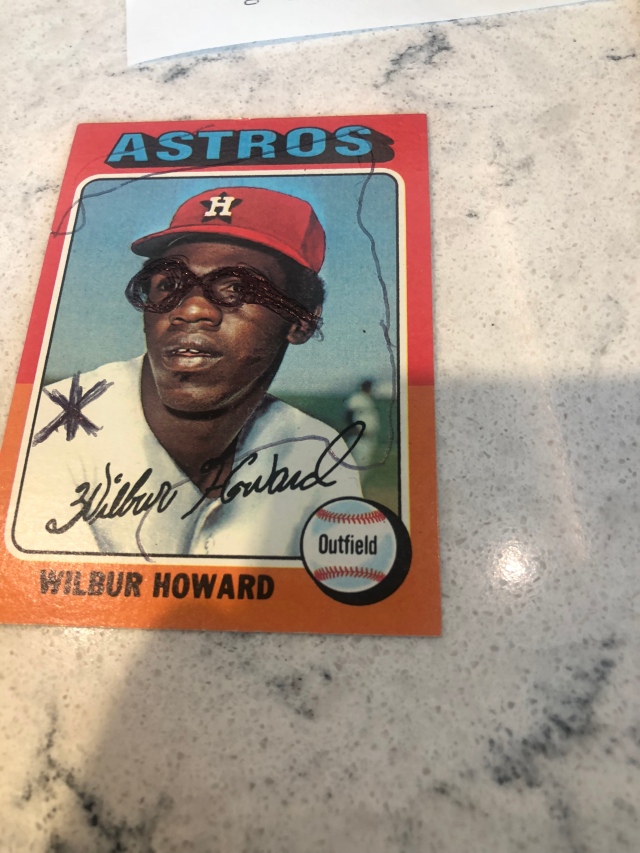 I ran into her the other day, in SF, and was able to get her to turn a relatively valueless 1964 Topps baseball card (#336, *ndre R*dgers, Chica go Cubs, SS from Nassau Bahamas pajamas) into a work of art : she made four little marks, an ideogram for “paw” but in our little world or moment a fake insignia for the “Cubs”.

The second one is 1975 of the Astros’ Howard. I drew on black glasses and a picture on his right sleeve of his heart but shaped like my a**hole.

The third one is a randomly generated image found in cyber space of a human eye. I added the squiggly line.

So in this context “Digir” could be read “Dig her”.

And1: the word “digir” is sometimes spilled “dingir” which reminds me of the word “dinger” which is baseball jargon for “home run”. The symbol looks like three little trumpets intersecting.