The logo is dumb

Flash Seats are fuckers. Flash Seats, it seems, are also some kind of widget for cellphones owned by billionaire duche bag Phil Anschutz, as part of his AEG Golden Voice and AXS Tickets kairutsu (Japanese word for when a billionaire fucker or group of billionaire fuckers get their dicks into the asses of large corporations and their underpaid exploited workers. (edit to add: He’s worth $11B, #38 on the charts, from real estate and oil.)

Am I being too hard, so to speak, on Flash Seats? (And or Anshutz, AEG, Goldenvoice and AXS?.

The short version of the story is that I spent $300 for two tickets to the Wilco show Sunday yesterday at Brooklyn Steel. I bought the tickets at 9 a.m. California time (I live in Palo Alto) but the tickets didn’t arrive until shortly before 4 p.m. as in 7 hours later. It was a 7 pm doors in New York, meaning the people who used the tickets got on the subway at Columbus Circle and didn’t know until they emerged in Brooklyn whether they were in or not.

Meanwhile, I spent most of my day tracking this problem down, and on the helplines of the involved parties: StubHub, AXS and Flash Seats. 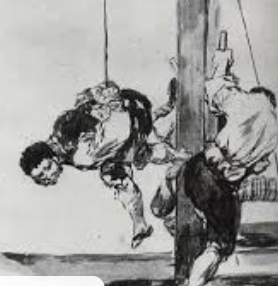 This should be the FlashSeats logo since dealing with their widget or app is torture.

Also, I ended up dong a second transaction — buying a third ticket, for another $150 or so, to help track what was going on with the first pair, the first transaction. I had never heard of Flash Seats before. I had used AXS with okay results — par for the course, the brave new world, the disruption, the 2.0. For example, I had been to virtually every show at Frost at Stanford, with ticktets by AXS and shows by Golden Voice. (I saw: Bob Dylan, Lionel Ritchie, The National, Willie Nelson, JRAD).

My angst is about the fact that I do not believe that an individual duche bag bought an extra pair of tickets to Wilco and then blithely decided to load them in to Flash Seats before selling on StubHub. Why bother? What I think is that on some level StubHub is in cahoots with AXS and Goldenvoice to launch the evil boil on the industry that is Flash Seats.

That is, I believe that some Peter Principle yahoo at Flash decided that they would use the sold out Wilco show to beta-test Flash Seats on suckers like me.
The point is that Anchutz is looking to take down Ticketmaster, who sells tickets for Live Nation and in the Bay Area Another Planet, I believe. Ticketmaster is evil, so the thinking must be that Flash Seats can fuck a lot of innocent people in the ass as long as they stay on the human side of Great SaTMn.

I happen to know personally, although slightly, the CEO of AXS, Bryan Perez. When Bryan was at Stanford getting his MBA he was head of the Stanford Concert Network, and we partnered on some shows, like the Rolling Stons New Music tour. (The magazine, not the Jumping Jack Flash guys). Bryan’s term at Stanford CN included a residency at CoHO by Jewel. He went on to be a higher up at Madison Square Garden before going to work for AEG. (AEG, in case I wasn’t clear, made their money on TK before founding or buying some sports franchises – -like MLS franchises in two markets, me thinks — and then buying out Moss Jacobs and Paul Tollets, indie and punk promoter engine Golden Voice. Somewhere in there Coachella was launched, which I admit was a brilliant idea and involved a significant investment of assets.

AEG buying Goldenvoice is ballsier (meaning “good”) than APE buying Mystery Machines (Allen Scott and Bryan Duquette). Also AEG hiring David “Smiley” Lefkowitz is also good, or was.I mean savvy. David who managed Primus and trained Jordan Kurland who founded Zeitgeist and co-founded with Kevin Arnold Noise Pop. AEG cleverly bought the Examiner as a way to evict BGP/Live Nation from Warfield. (Whereas, APE Greg Perloff more cleverly refurbished the Fox Oakland. There is also, if you really follow Bay Area promoters Folk Yeah who went from producing shows at Henry Miller Library in Big Sur to having a SF foothold in The Chapel. Britt Govea is the shot caller. Also, Rick Mueller was hired by Perloff around 1999 and then later went to work for AEG. Interestingly, if you excuse the digression, last night’s Dylan concert was co-presented by AEG and APE and Staford Live but not Stanford Concert Network.

So, if I am I right about Flash Seats, they should probably make me whole by at least refunding the third extraneous ticket and maybe comping me to a Stanford Frost concert or something.

Why does Anchutz own a concert company?

Or maybe there was just a bad player or simple idiot who did not know how to transfer his tickets via Flash Seats.

But why do we need bar codes that refresh every 60 seconds if the bar code reader can recognize if a ticket was already used for access?

Another thing that came out of the shake was a help-desk person tellng me that insurance for tickets doesn’t cover much if StubHub already guarantees the satisfaction of its customers.

I didn’t hear if the two college kids I gifted into Wilco were able to Miracle Gift the third ticket or just ate it. They texted back that they liked the show. I admire Wilco but don’t know their book well enough to rap this up with a lyric, besides are they trying to break my balls? (Also, Jeff Tweedy is from Belleville, IL where my cousin’s hubby was superintendent of schools. Also, and not to brag, but I bought a Jeff Tweedy Martin Guitar from Gryphon Stringed in Palo Alto. And I booked Geraldine Fibbers into my room, after Lolapalooza but before Nels Cline joined that band, so I know what the fuck I am talking about. Plus in a related matter, I booked Spoon into a community center on theirfirst tour — Spoon, who is impicated in some brouhaha about ticket buyers to one of their shows not being able to transfer tickets, or purchasers were not able to enter the show, due to this shakeout and disruption of techeting.

Also: Bill Graham of BGP — who was once firebombed by Nazis — founded the modern concert industry, while trying to save SF Mime Troupe and a guy named Francis X Sillerman nearly destroyed it by buyng the regional leadrers for around $200 M then bundling them for resale for $400 M i.e. he took a $200 M delta for his effort. That is,it caused ticket prices to double.

And:
This is the third time I have attacked a bilionaire. Somewhere in the cycle I will have some remorse, especialy if “the fucker” decides I am an actual threat and counters.