Chapman out at home VS White Sox reminds of Blue Moon Odom out at home, Morgan to Bench to end Game 5 of 1972 WS

The A’s beat Chicago 3-2 last week but Ryan Cordell’s peg of Matt Chapman trying to score from third had me sussing out the clip of Blue Moon Odom, a pitcher, pinch-running and trying to score on a short foul pop out in Game 5 of the World Series; Joe Morgan, who the announcer said was hitless that far in the series, threw to Johnny Bench for the game-ending out. The A’s of course won the 1972 classic, likely the first competition that I watched pitch by pitch. The other standout plays are striking out Bench on a fake intentional walk and Joe Rudi catch against the wall.

The catcher for the Sox here, the one imitating Johnny Bench is James McCann, who was a first time all star this year. He is from Santa Barbara area, played at Arkansas, drafted by Tigers then moved to Chi-town. He has a beautiful Christian wife, and twins named Christian and Kane — amazing what the internet tells us these days. When baseball cards came out around 1951, with Topps and Bowman, the cards were the primary source of info for fans about the athletes, augmenting what they could hear on radio.

To reiterate: the A’s won that world series and 3-2 on July 14 despite the fine play by Ryan Cordell and James McCann. 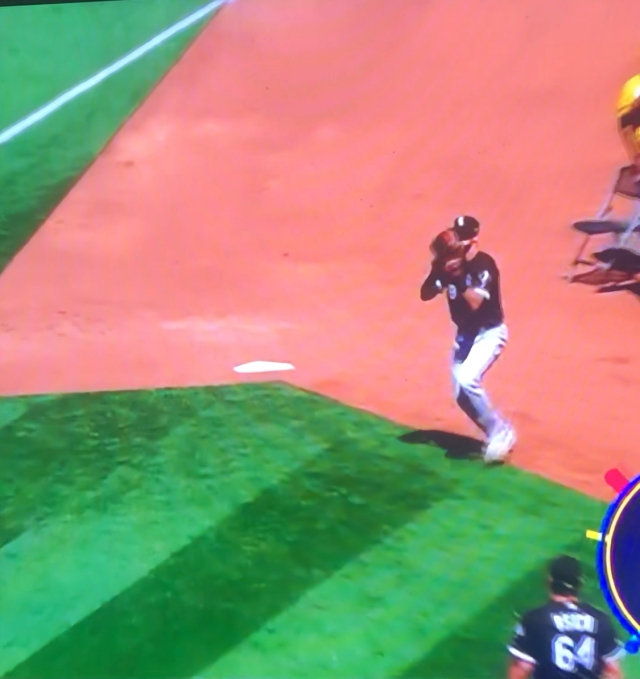