Don’t wanna talk about it: Luke Esterkyn VS T.S. Eliot

Don’t want to tangle with you, I’d rather tangle with him die die die I think I’m gonna smash my head 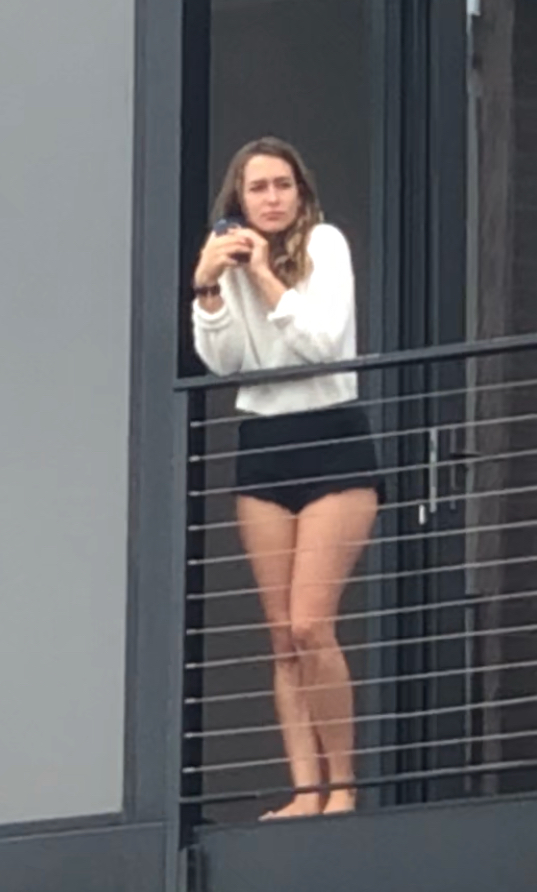 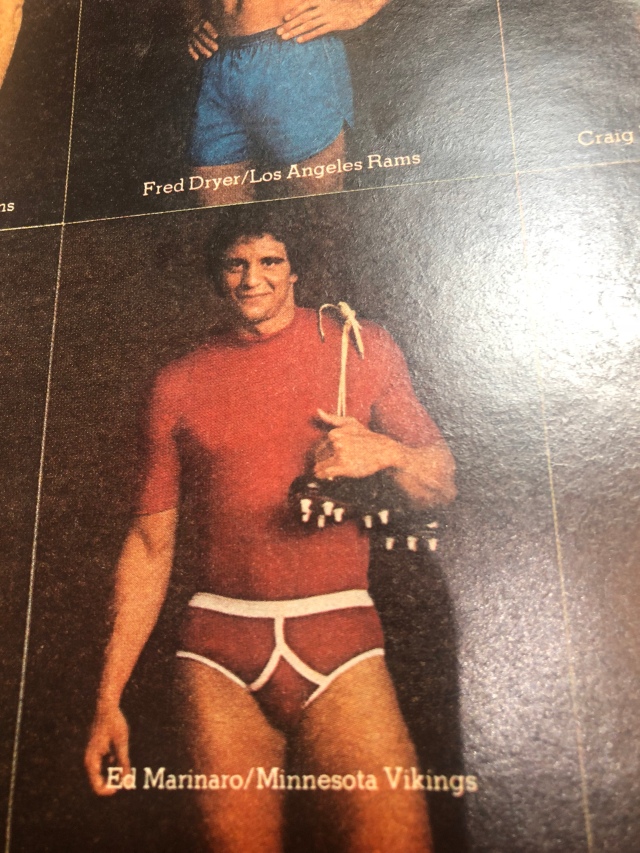 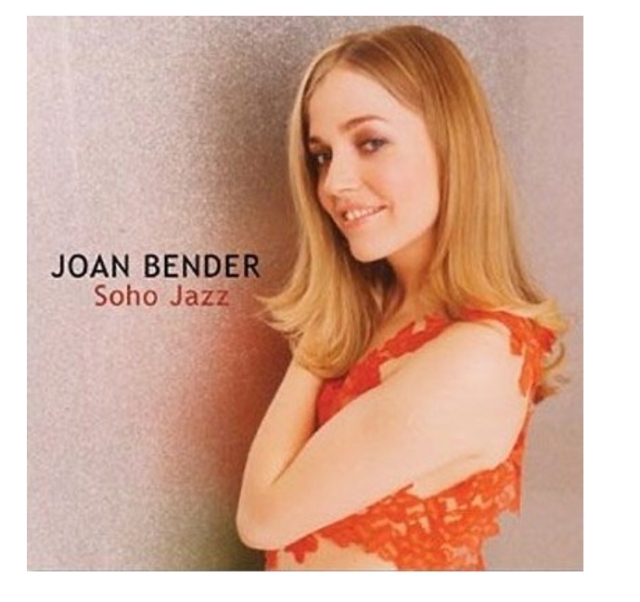 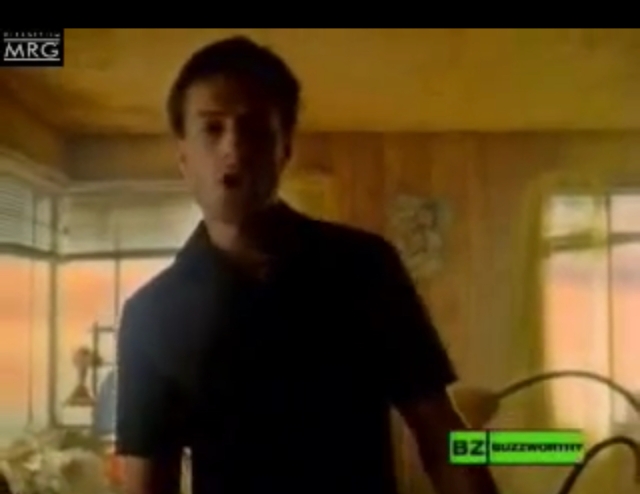 T.S. Eliot wrote in 1922 one of the most famous (and difficult) poems in the history of the English language, “The Waste Land”. I am trying to work myself thru the piece this week, for Michael Krasny’s Stanford Extension class.

I read this in college, or it was assigned. I was an English major at Dartmouth. I was just thinking about. In my department, they would assign about 20 hours of reading per week, and between my social life, my duties at The Daily Dartmouth and just the limited bandwidth of my brain, I doubt I did five hours of reading per week. (Plus you have usually two other courses — a major was a core of 10 classes, you take 33 overall, in 11 3-unit quarters).

So the effect, at least for me was always being behind. I think now– not sure what I though then – -that it was like an intellectual boot camp, in the sense of we or I did what I felt I could with the material, you cram and bluff your way thru every class, doing just well enough in preparation that you don’t stand out with your lapses and gaps. So you do what you can — I remember thinking its like a roller coaster, with a 10-week cycle — and they grade you and I guess can turn you out in the sense of expulsion — not very often, a lot of gentleman C’s and grade creep — but otherwise you go strong until they give you your parchment.

So in some ways maybe I will appreciate “The Waste Land” more this week than I did in 1984 or whatever.  I don’t recall reading it but I cannot imagine that you can be an English major at Dartmouth and not read “The Waste Land”. “Paradise Lost” was nearly a requirement — about 60 percent of the students took English 5 — if your SAT was between 550 and about 700. The book was part of Chris Miller’s pseudo-autobiography “Animal House”, Donald Sutherland is teaching the course — and maybe fucking his students — and takes a bit of an apple and writes “SATAN” but it looks like, “SAT” and “AN”. Which reminds me of a grafitto in the basement bathroom of AXA “I Drink Therefore I Am” which was addended to “I Drink Therefore I Am…Drunk”. Which reminds me that the people at Dick’s House the student infirmary — I guess I can say this 34 years alter — gave me a tricyclic and I am sort of allergic or at least sensitive to such — and this is a world scoop — although I hinted at it in Lynn Stegner’s class, which I took last quarter at Stanford Extension, as part of an experimental piece I presented which was 40 minutes of reading from a corresponce with seven of my freshman fall dormmates, Jamie Hunter, aka James Boyd Hunter or Arlington VA and now Ann Arbor made reference to a friend of the family or of one of his five (!) I think children – -not “Stroke 9” but “Sink 5” maybe —  which is like my Dad’s old golf joke about the short game — in Yiddish —  that someone had a diagnosis of “BP” or “MD” or something and I did not redirect and read this aloud in class but did not until now publish. Anyhow they gave me a pill and it made me act weird and in a quiz about Faulkner with Chauncey Loomis,  a senior seminar even — I responded to the prompts with little cryptic statements and maybe some stick figures or diagrams — and Professor Loomis — who I met again a few years later when he gave an alumni seminar here but didn’t seem to remember this or let on in any way if it stuck with him  — came by my apartment or stopped me in the hall to express his concern — I was hypomanic — and he said “You are strung like a bow!” — meaning uptight or short-triggered and I said “As Ulysses!?” which I thought proved I was “with it’ in a literary sense — but more to the example of “SATAN” and “SAT AN” in a gut course of Science – -I think you had to do maybe 4 science courses out of your 33, as a distributive requirement — plus in my case 4 in Social Sciences — which was easier for me — there was a Chemistry 1 course taught by a visiting professor Bruce Harp of McGill whose daughter was in our class and number 2 or 3 or 1 event — straight A’s or close to it — if not Valedictorian than Salutorian — in the course for instance he cooked a steak to demonstrated liquid versus solid or coagulation or something — then let someone chow down — but in this case he was talking first about superdozing the Vitamin C of that Nobel Laureate quack guy — Linus Pauling maybe — I said something absurd and obscene — first by raising my hand then approaching him for a follow up and he shut me down cold with a scold nearly — but more obviously he wrote, I guess quoting Paracelsus which I didn’t catch until Dan Fagin mentioned it in his Pulitzer Prize winning book recently about industrial pollution in New Jersey — whereas Harp or Harpp taught of “natural flavors” actually means “from a chemical plant in New Jersey”, the difference between “POISON” and “POTION” and I raised my hand in a lecture hall a popular lecture class of more than 100 students I said “What is “p’ “o” “o” “n”?’ — I was reading the two words as an acrostic — it left “IT IS” — and he replied “What is ‘poon’?” and I’m not sure if anybody laughed. I was trying to make someone laugh. (Poon is a type of wampum, especially at Squaw Valley with Chick Igawa the famous Nipplese Darmtoothian skinner. Which reminds me – and April really is the cruelest month — our dormmate Pat Rowen – who played football in high school and briefly at Dartmouth but did not block — and is now a federal prosecutor of some sort — he was the worst skiier of all of us – and I skiied with the rank beginners first downhill at the golf course — which was a Piston Bulley Nordic course of course — and then Dartmouth SkiWay which is pretty easy, he wanted to repeat “Papoose” which is the easiest trail — plus he pronounced it “Pap Pooth” which, again, I was speaking — and of course this is not madness or hypo-madness — tiny madness — but genius James Melville Cox, when teaching not Eliot but M he’d say famously — “People ask me if ‘Moby Dick’ is about sex – -and I say well, they are seeking SPERM WHALE and the book is named ‘DICK’ and….(dramatic pause) my name is (COCKS)..bwa haw haw haw” he was a Virginian, and he got his laugh.

So anyhow Luke Esterkyn is a former Penn English major and got a gold record with “Little Black Back Pack” — “don’t want to talk about it” and his band name, although few people even axed Stroke 9 was a reference to not line 69 but penisultimate — maybe that’s the joke! — “stroke of nine”.

A lotof the profs especially Cox would put an authors dates on the chalk board so:

James Cox (1925-2012) He was from Independence, Virginia which is about 330 miles southwest of DC or Arlington and about 100 miles from Greensboro, and past Roanoke. Country. There’s apparently a banjo player died 1970 named Wayne Ward or sumpin’, Cox likely knew.

Cox would also make these diagrams were he tripped over or flashed to (very 1970s term, I never used, but heard from some of my Don Cherry sources) about words with interesting variances of meaning: “temper” (harden) VS “temper” (angry).

Cox has or had a son and law in SF who like me ran a quixotic campaign for public office i tried  — reach out to which I tried but response not got.

hey, if I reformat this with a jagged little pill and obscure rock lyric reference would i be justifed to claim its influenced by TS Eliot VS jsut being bat Ingot? Ie poo poo.

I mean to stirpes in, me and my brother Luke, his photo, capture from his vid, my poster — which is a co-bill with Imperial Teen and since this is cruel month Mickey Mantle  and who else was I thinking about who is really Okie type — I will man-splain: Micky Mantle hit 550 homeruns and therefore had a good “stroke”; he was a Yankee, Yankees were Imperialsts, so a two-show event with “Stroke 9” and “Imperial Teen” is a Mickey Mantle. Coin of the reap. So to spike.

Hurry up please it’s time. For my walk. Duffy the dog, he say. Hearsay, heresy.

(I was going to finely send to City Council member (hee hee he said MEMBER) Adrian Yo a graph or two of “The Waster Land” translated to the filter of my stupid celophane).

yesterday I was tripping on my fellow dartmouthian Dr. Seuss and quick henry the flit.