I’m kind of intrigued by a band I just saw on public television, Southern Avenue, with two sisters, on vocals and drums and an is really bass player (Contrasted with Charlie hunter who is an invisible not-bass player) 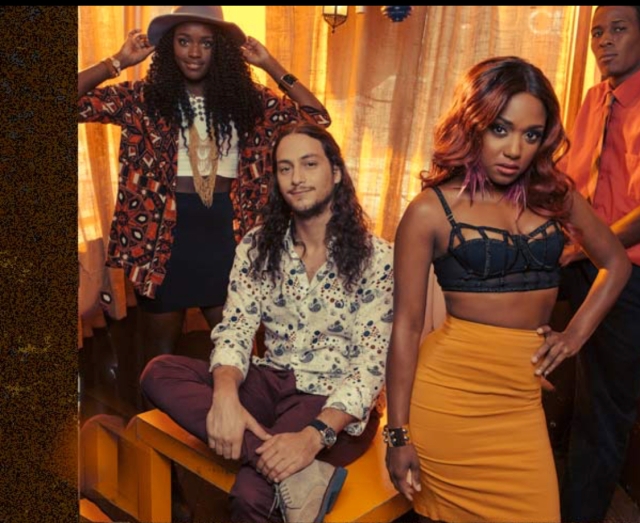 Tierinii Jackson, hopeful I am that it is not pronounced like the word for heavy handed or forceful leadership. Tierney Sutton meets Sharon Jones? Reminds me that I also met on the train a Kenyan who wants to be The Distillers. JC Brooks and the Uptown Sound. Alvin Youngblood Hart, whose name is Gregory but his boys thought he sang like Alvin the Chipmunk.. on Stax Records. The agent Jordan Burger books or booked Vienna Teng. The manager Yoni Schwartz also had or has a connection to Coolooloosh a band I interviewed for KZSU.  I sometimes have an 18th sense about these things. Orly Naftaly bass and coleader moved to Memphis from Israel.

The look of the singer is kind of an Elmore Leonard character with hints of Walter Mosley or Quentin Tarantino.

its not up to me but something in the drummers eyes makes me thing they could package with No Name — which reminds me I had a similar first impression for Cautious Clay, who is coming or came to SF The Indepent. The real Clay was from Louisville not Memphis but I’m guessing that’s only 500 miles difference.

edit to add and not to digress too far from the powerful music of Jackson Naftaly Jackson and them but Louisville home of Muhammad Ali to Memphis Sun Studios and Graceland is 7.5 hours or 375 miles and think also the famous L&N Railroad but kinda resembles my trip with Henry Butler in 2002 from NoLa to Huntsville.