I am thinking about Helen Wills the tennis star, and her role in the arts, which is considerable.

Then my brain flashed to Kathy Jordan, Stanford’s greatest tennis player, who got 10,000 votes for PAUSD board here (including mine). I wonder if Jordan would sit for an artist — could help her image. She underplayed the tennis thing. My point is that many families think of “Stanford Women’s Tennis Player” as a paragon.

Did Menlo Park and Stanford psuedo-trad ink arist Drue Kataoka ever depict Kathy Jordan (or any tennis’s for that matter)?

or, if you have five minutes, which I haven’t, yet:

and: Drue has Venus but not likely Kathy Jordan (um..Venus played at Stanford, in Bank of the West?)

andand: this is pretty weird pivot even by Plasty standards but I’m thinking of my Gunn Oracle team member (although we didn’t call it that) Jessica Yu who won an Academy Award and then said “you know you are at an interesting point in your career when your outfit and giant diamond lended earrings cost more than your film: you know you are at a point in your art career when you paint a tennis champion and your chop is larger than the tennis racket. Maybe just a giant DRUE KATAOKA ala Ed Ruscha and with a tiny tennis player comprising the “K”, k?

Weird segue but I took a photo 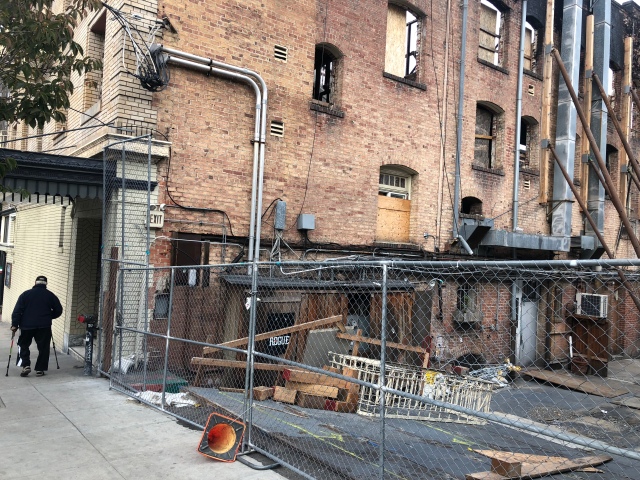 yesterday in the City of the backside of a building at Chestnut or near Chestnut and Columbus, “Coit Liquors” with beams holding the structure and in the bottom of my frame is a Vietnam War veteran using crutches: I thought the angles of the crutches recalled the beams; (and likewise the K looks like the Venus):

It’s near SFAI mind you