‘we met in beirut’ 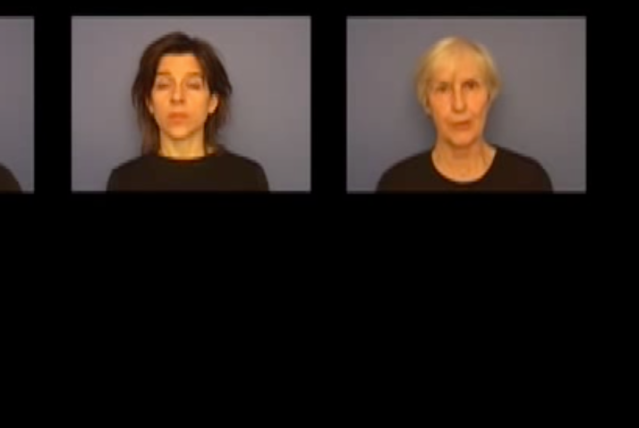 actually, we’ve never met, although I think we attended Gunn High school overlapping — with 1,200 others — in 1981-1982. I did not know many freshman. The girl I dated — girl, woman, “judy” — had a kid sister (actually she had two sisters there) and the younger one, before she had met me, spotted me and told someone — who told D____ — that I looked “smart”.  I had glasses, and for much of that year was clinically depressed. Depressed enough that I dropped AP math and physics. Depressed although I had been admitted to the school of my first choice, early decision. In my case, depressed looked “smart’. (although in reality the main symptom was temporary stupidness).

Actually, I recently tried to ring “D_” — the high school sweetheart — and she did not pick up. I got the number from the guy a year ahead of me, who runs a grocery store. She / “judy” texted me back to say she was “shocked” to hear from me. Shocked? Is that a sloppy substitution for “surprised”? Whatever. (and I guess this has become too personal, and noting to do with “Accent Elimination”, the cool video installation, pictured in part above, by conceptual artist Nina Katchadourian, which I saw at Cantor Museum a whiles back. And “judy” is a proposed word by another genius conceptual artist, featured in the Chron this week as a substitute for “he” or “she” – -but not necessarily a Judy Garland reference. Which reminds me that I just met a honcho or honchette from Lucile Packard Foundation and Hospital, named Chrystal, who not only was nice to my dog but was able to deftly name the cast of three previous versions of “A Star Is Born”. But I digress, dig?

When Terry, Terry My Wife — “TMW” — the former TMT — “Terry My Terry” the artist and arts administrator salsa (“slash”) commissioner Terry Acebo Davis — ah say bow — were recently in Noo Yak for our honeymoon — which was less than a full moon, far less, more like a long week end — I tried to contact the artist Nina Katchadourian and it took a couple weeks for her to respond. I threatened in retaliation to create a deriviative work in which I stand up in a cafe and read without accent — unless you are from South Side of Chicago — chica, go — a script from “Accent Elimination”. And until then, all you Plastic Alto readers who happen to also be stalking Nina Katchadourian, suffice your selves with this screen capture. That is Nina, from Palo Alto, and her mum, from Finland by way of Lebanon. I think. And her father, not picture, is Armenian by way of Lebanon, I think. Or Turkey, as a seasonal dish. Or “that’s my tea” as the teen-aged neighbor –whose parents are British but don’t watch soccer — would say.

Maybe for Xmas I can buy a Nina Katchadourian print from a fancy art gallery mail order in New York of Nina with toilet paper on her head. Terry and Karen saw this at Fort Mason and were raving mad for it, before I even knew she went ot Gunn. (I do collect art from Gunn grads: John Beech, Eric Cohen).

Unless Terry reads this first and nixes the idea. I tried to buy Terry on her birthday in honor of our dog Duffy a Fritz Scholder print of an upside down god but Terry said, not unlike Niche that log looks unleaded. (Damn you autocorrect and those that like to leave charming errors, or make up pretend charming errors: the dog looked dead).

Maybe I can trick my not such a smarty pants phone to do a bad transcript of Nina, her dad and her mom.

Reminds me also that Lynn Stegner, daughter in law of my former neighbor Wallace, is teaching an extension class on memoir. I am fixing to submit this as “memoir”. Or as David Shields says “when I write about Nina Katchadourian I am writing about myself”.

There’s also a rock band called Beirut but I digress. Also I wonder if Nina Katchadourian had considered collaborating in some way with fellow stanford spawn Jana Herzenberger of Motema Records in NYC. While we are on subject of bands — and Plastic Alto, at its gooey core, is about music music music — I had fun geeking out last night to videos of two different bands named Crumb: the one with Robbie Cronholm and the one with a beautiful young female lead — a judy — named Something “Rapani” i think. Besides their song “shoe gazer” — which was a 1990s genre — they had a song that was catchy with a mid-line “so and so” that I couldn’t quite find. It’s weird what parts or art or songs stick with you. Like I enjoy telling people that the famous Japanese woodcut wave is actually from the “Mount Fuji series’. And speaking of not-which, I accidentally rang curator AOA Christina Hellmich to express surprise that Gaugin visited the West Indies beyond Tahiti — which is Oceana — and also did wood carvings and ceramics. Or Brave New World with such (naked) people in it!

I found this NK screen captcha as part of a 100-sec clip of “accent elimination” by pondering if The New Yorker’s Raffi K was kin to Nina K.  Speaking of which, I had a lovely little visit with Nancy Packer, who is mum to two excellent writers — and fellow Gunn grads — see what I’ve done, this circle — Ann and George, George of The New Yorker.

and1: not that she needs any of my ideas, but Nina Katchadourian, former Palo Altan, can collaborate with “Funny in Farsi” also current or former Palo Altan on a song parody based on Tom Waits “Big in Japan” called “Big in Tehran” and although the great Ralph Carney has left the building, maybe they or she can recruit former Gunn sax player Stefan Cohen to do the honks and snivels. (Nina wrote me back to say she is friends with the author of “Funny In Farsi” btw). There’s also a guy named Cornelius Boots who might be fun to play with who gave us his clarient to focus full time on making music with Japanese natural reeds instruments.

Or as Nina Katchadourian wearing a makeshift found in the seat pocket fake Groucho mustache might say: Time waits for no judy but fruity flies Etihad sock it to me, banana.

note: this is actually an open fan letter to the conceptual artist Nina Katchadourian who commented on an earlier version of this. I also sent her a list of people from our generation at Gunn High in Palo Alto, CA (near Stanford) that I knew of being in the arts, in hopes she’d either add to the list or comment on such. I also think she should collaborate with Jana Herzen (Herzenberger) from our school whose parents ran a famous lab and who runs Motema Records in New York, a multiple Grammy laureate mostly in jazz. Nina has a series that uses pop music and I’m suggesting she could create something to her standards in that realm. Not a vanity project, but it is unclear whether she would be a performing artist or merely playing a performing artist in a conceptual art sense. Confusing. Yes.

Mrs Katchadourian (not named but pictured, at top)

Guy who runs Piazza Grocery and went to Davis with “D_”

Chrystal, who works at Packard and misses her dog

Japanese artist Fukoshia or something

Which reminds me of a young woman named Something Furia who was from Japan and attending Foothill College and I picked her up so to speak at a gas station corner of El Camino and 237, a bus stop and we became friends enough that I once took her to a Knicks game — she also attended Columbia — and I bought her a cap. Furui or Furia.

Unnamed naked black woman as Eve in Paradise in Gaugin Martinique woodcut who knew? (yeah, that’s fictional and everybody above is real and mostly living)

Raffi Katchadourian, writer, The New Yorker, distant relative or fan of Nina — and this is starting to read like “Wild Party” by Frederick Moncure March who I like only  because I hope to adapt for stage a realistic or true to source adaptation of boxing poem, basis for Robert Wise “The Set-Up” yet with Gunn daddy but not Alum Eugene S. Robinson the singer and actor and writer as Pansy Jones the Robert Ryan role: blacker. Deal.

Ann Packer / George Packer: are they one and the same? I’ve never seen them together.