My high school teammate Kent Lockhart was a 4th round draft pick out of Don Haskins’ UTEP for the New York Knicks but broke his arm and was cut. In 1988 he was MVP of the San Francisco Summer Pro Am league and I suggested, since he was an arts major, he send a self-promotion to all the NBA teams with a picture of a chicken and the line “Do You Need a 2-guard Who Can Draw Fowls?”. He ignored my advice and instead became a high school art teacher in Melbourne after two seasons of being All Australia. I’m saying: his white board would belong in the Whitney!! (And he is semi-famous not for poultry but for lizard sculptures; maybe he could customize a few for Toronto)

nunawading basketball website:
Kent Lockhart, a 6’4” Guard from the University of Texas El Paso was selected (Round 6, Pick 3) by the New York Knicks in the 1985 NBA Draft – the same year the Knicks selected future Dream Teamer, Patrick Ewing.

Lockhart arrived in the National Basketball League with the Eastside Spectres in 1989 – impacting immediately, averaging 28.8 points and 6.6 rebounds to earn All NBL First Team and NBL All Star selections. The Spectres failed to make the Finals that year, but Lockhart helped catapult Eastside into contention the following year, eventually dropping the Semi Finals to the Brisbane Bullets.

In 1991, Lockhart helped guide the Spectres into the NBL Grand Final Series against the Perth Wildcats, where Eastside lost the series 2-1.

Following the 1992 mergers between the Spectres and Saints to form the South East Melbourne Magic, Lockhart found himself out of the NBL and into an incredibly strong CBA, as well as moving into the education system as a teacher and coaching junior basketball.

Lockhart averaged 24.8 points and 6.6 rebounds across a 75 game National League career, making him a big fan favourite in what proved to be a boom time for Australian Basketball. 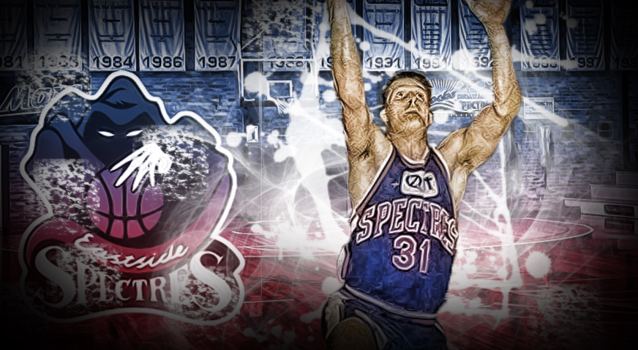 not by kent lockhart

the opening paragraph was posted in yahoo comments about an article about NBA free agency signings.

and1: in a related matter former Cubberley football and basketball stalwart Tim Ruff, who overlapped with Kent for one varsity season in 1979, circulated a call to provide moral support for our coach Hans Delannoy who is facing some health challenges. I spoke to Tim (for the first time in my life) and then Hans and can report that Hans is approaching this like the old Bud Presley “take the charge” drill.

1 Response to Lockhart re ducks