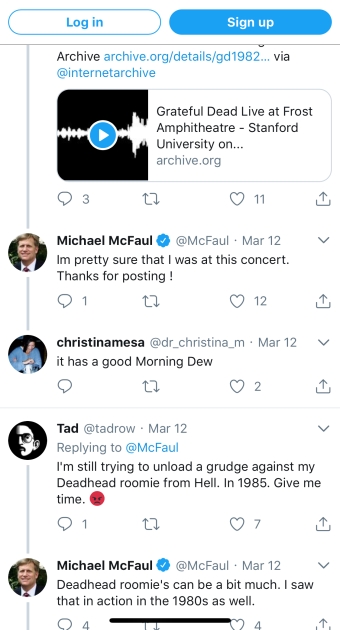 Barely making McFall is a dead head and it’s not just when people confuse him with David Axelrod and I have a friend who is in the NSA and claims to have seen Jerry Garcia below the Mason-Dixon line. And when I previewed SF mime troop 2012 I compared fact Ueno as a cross between Langston Hughes and Victor frost victor frost a mentally ill former engineer mostly known as a homeless guy who ran for city Council three or four times and showered as many time
In that. Period PE are I OD.
AlsoOn the same topic which I admit is a weird up session I discovered a Jerry Garcia Chestnut called Rosie McFall or Rosalee before