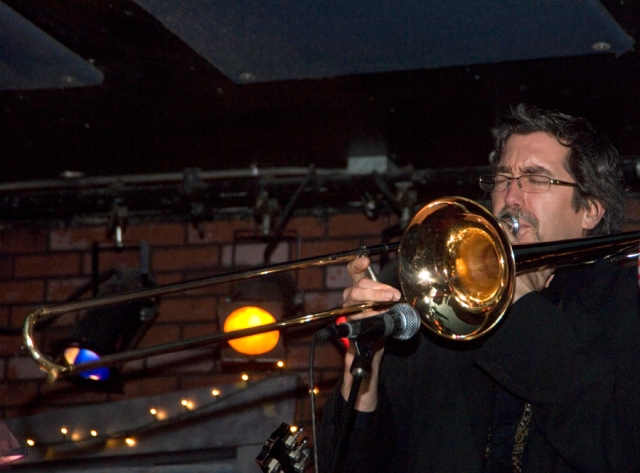 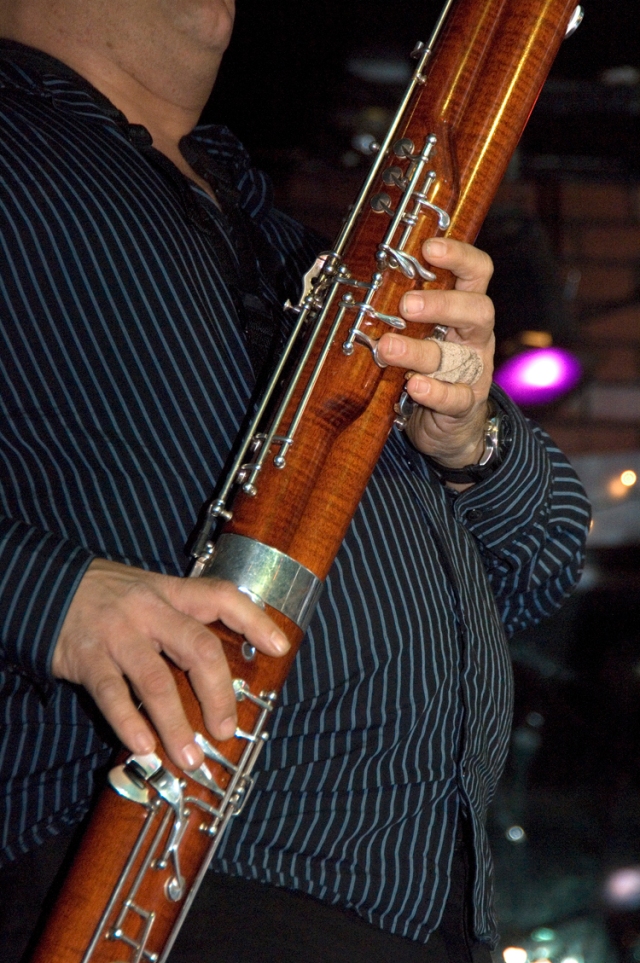 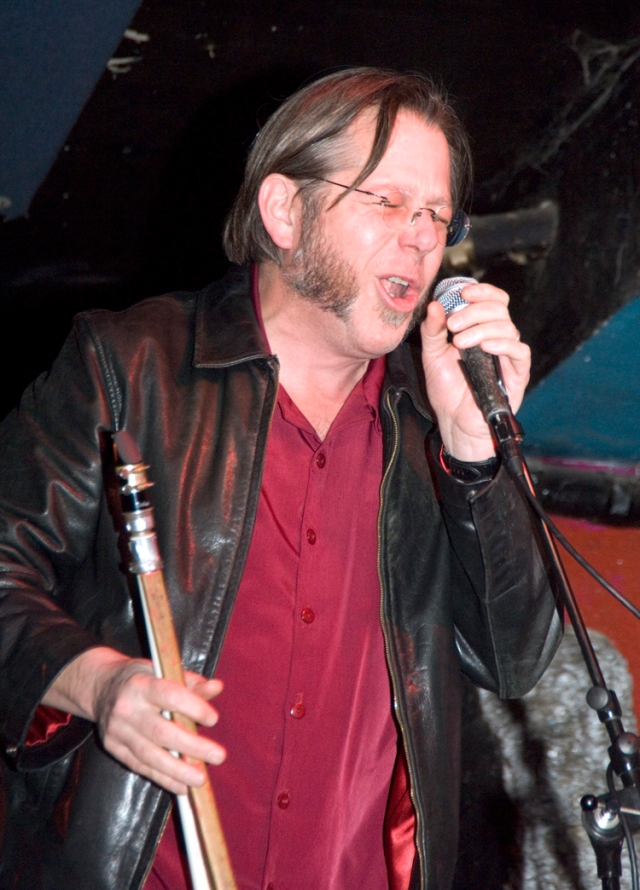 Mark Weiss of Earthwise Productions and Leslie DeHaven of Spire Artist Management; Leslie now works as Audacity Mgmt; I sent her a copy of this print, declaring that she brought out my best look. The others looked much worse; I am wearing a Dartmouth sweatshirt formerly worn by basketball coach Dunn, who is 4 inches taller than me.

Ben Goldberg, who later also joined Beth’s Clarinet Thing and Tin Hat, and was a student of Steve Lacy, was so central here that the photog thinks he is Bernstein 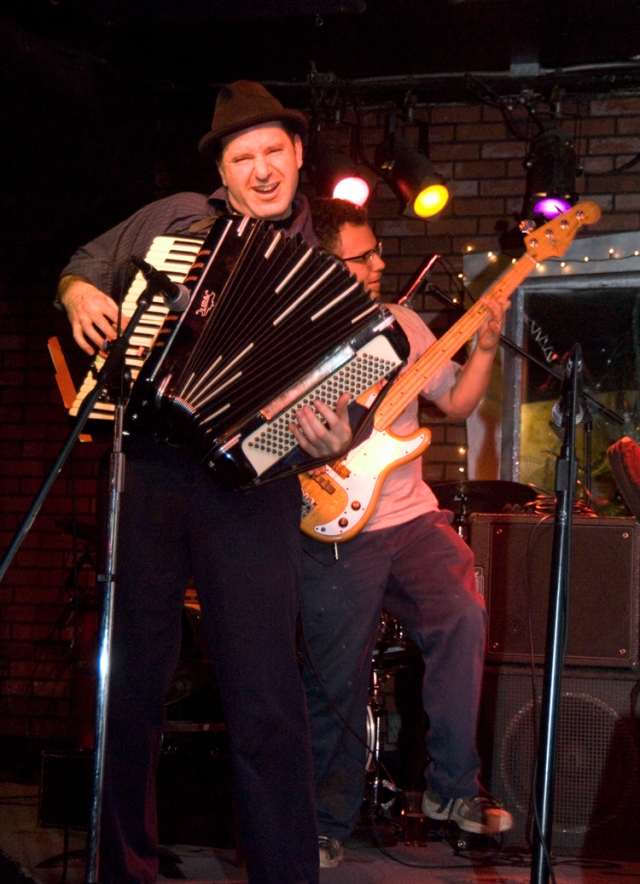